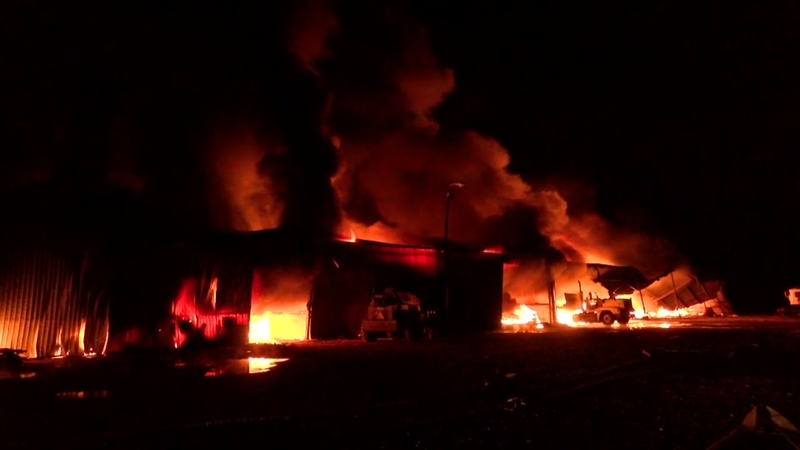 Fire officials responded to reports of a fire at the Antex roofing company around 3 a.m.

Firefighters arrived to the 1300 block of Hugh Road to find a semi truck and trailer on fire near a large warehouse.

NOW: Multiple crews working in N. Harris County to put out fire in warehouse of roofing company. No injuries & no other buildings in danger. Cause is under investigation @abc13houston pic.twitter.com/UWANp7Mlpp

Firefighters say the fire spread to the warehouse quickly causing the construction of the warehouse to become fully engulfed in flames in under 10 minutes.

The Harris County hazmat team was called to the fire because the warehouse contained materials used to make roofing shingles and commercial rooftops.

According to the Little York Fire Department deputy chief, the warehouse is a complete loss. The structure contained multiple 18-wheeler tractor trailers inside that were also deemed a total loss.

There were no injuries reported. Officials say that no one has been inside the building since Friday.