As lawmakers tackle a new stimulus bill, here's how it could delay boosted unemployment benefits 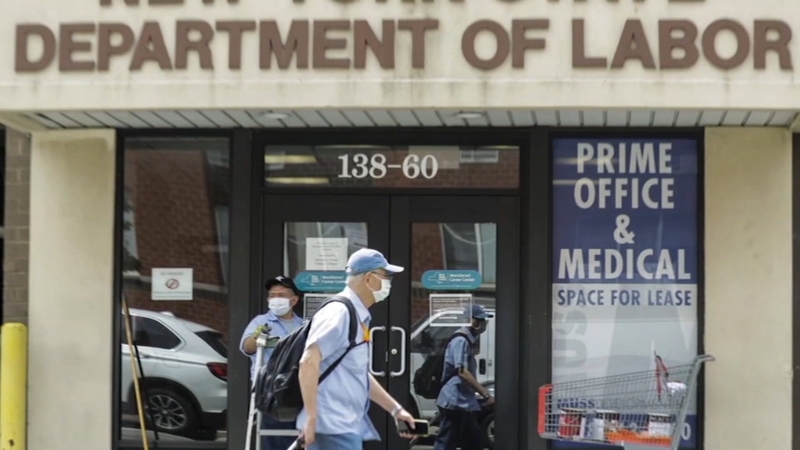 HOUSTON, Texas (KTRK) -- Anxiety is building in southeast Texas as lawmakers in D.C. work on another stimulus bill.

The reason -- If it's not signed by President Joe Biden in days, unemployed Texans could see a delay in benefits.

It's a waiting game that has some unemployed Houstonians, including Elizabeth Kaufmann, glued to what's happening.
"I am, and I kind of took a break for a second because it can be stressful," Kaufman said. "Because it's like, 'Are they going to pass it? When are they going to do something? What are they doing?' That's what I didn't understand. Why is it taking so long to go through?"

There are a lot of unemployed Texans waiting to see what happens. New numbers from state show since last March, just over a million people in the Houston-area applied for unemployment benefits.

The number of people applying is dropping, but it's still high. About 10,000 people in the Houston-area are still applying for benefits every week. Prior to the pandemic, the number was half of that amount.

It's not only boosted benefits people are waiting for. The Senate's plan includes another stimulus check, but it phases out sooner than the House proposal.

SEE ALSO: HELP WANTED: This is who's hiring in Houston

Because of the differences between the House and Senate, it could take several more days to reach an agreement.
With prior stimulus packages, the Texas Workforce Commission, which handles unemployment benefits for the state, has told ABC 13 before it can boost benefits, it must wait on guidance from the U.S. Department of Labor, which can take several days after the bill is signed into law.

Currently, boosted benefits for Texans ends next week on March 14.

"I need assistance and I need help," Kaufmann said. "But I know there are people who have more than one child to feed, and I'm lucky I don't have children. I wouldn't know what to do if I was in that situation and I had another mouth to feed. Don't these people get that?"

Senate Republicans argued the price is too much. They pointed to the fact that more than $4 trillion was already borrowed for prior stimulus bills. Plus, the latest jobs report was better than expected.

Local economists tell ABC13 more relief is needed to help jumpstart the economy and get those who have been out of work for a year through the next few months.