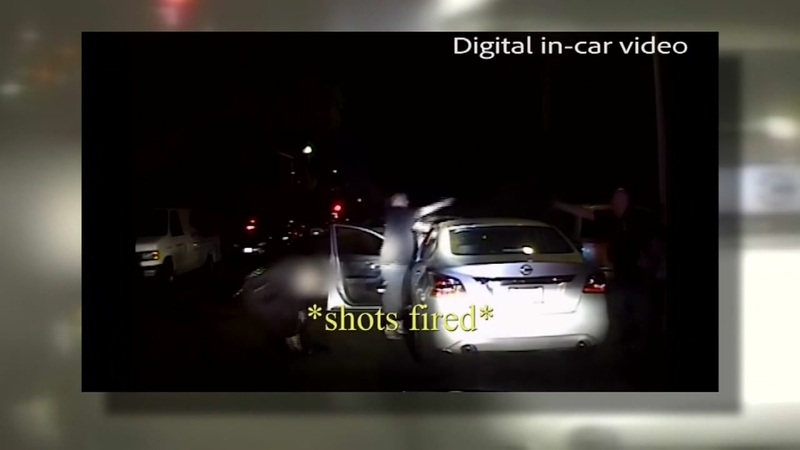 LOS ANGELES, California -- New body cam video that may be disturbing for some to watch has been released from the Los Angeles Police Department of a fatal traffic stop involving two police officers and a driver with a gun.

The police department says it was supposed to be a routine investigative stop.

In the video shared with KCAL, suspect Richard Mendoza, who police say was a known gang member, opened fire on an officer and then her partner, who was hiding behind a car.

The female officer was shot at point blank range in the leg. She is OK.

The partner of the officer who was injured shot at Mendoza, killing him.

LAPD says it is still investigating the incident and has not discussed whether the female officer is back on duty.
Report a correction or typo
Related topics:
californiafatal shootingdashcam videou.s. & worldtraffic stop
TOP STORIES
Murder-suicide gunman forced daughter under water in tub, records show
$25K reward offered to find 14-year-old's 'vicious killer'
CDC advisory panel greenlights booster shots for children ages 5 to 11
Rainfall projections continue to increase for next week
Fertitta Family College of Medicine named after $50M donation to UH
Here are the top 14 things to do in Houston this weekend
New 53-mile stretch of Grand Parkway opens in both directions
Show More
Teens accused of stealing car Katy mom used to comfort son with autism
NY high court to determine if Bronx Zoo elephant is a person
House passes terrorism bill after shooting in Buffalo, New York
What is monkeypox? What to know after US confirms 1st 2022 case
Ford recalls SUVs due to engine fire risk
More TOP STORIES News