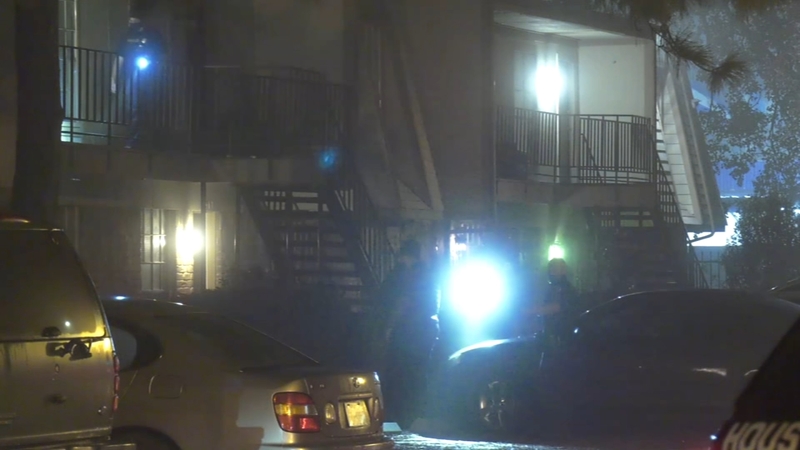 4 fatal shootings in 12 hours across Houston

HOUSTON, Texas (KTRK) -- It's been another weekend of violence across the city, as four people have been killed in a span of less than 12 hours.

In north Houston, a man was shot to death in his driveway after he and his son had returned from a trip to the grocery store. It happened Friday night around 9 p.m. in the 3300 block of Allington Court. There was no word on the shooter's description in that incident.

Less than four hours later, a gunman opened fire on a family gathered outside a northwest Houston apartment. It happened around 12:30 a.m. Saturday in the 1400 block of West Gulf Bank. One man was shot twice and later died at a hospital.

In northeast Houston, gunfire erupted between multiple people in a neighborhood, killing one person and wounded at least one more. It happened around 4:45 a.m. in the 8400 block of Compton Street. Few details were known about the incident or if there were other people involved.

A person was killed Saturday in southwest Houston along a busy freeway feeder road. The person was found shot to death inside a car around 5:40 a.m. in the 11300 block of Southwest Freeway near Bellfort.