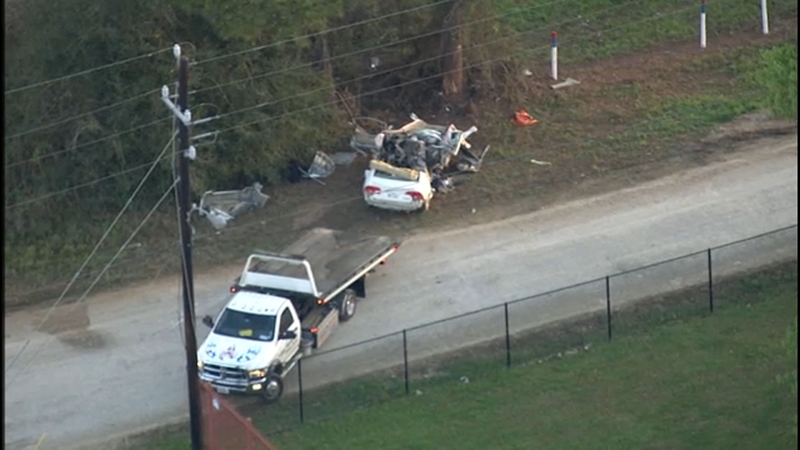 HARRIS COUNTY, Texas (KTRK) -- Three men died early Friday and another man was hurt when the car they were in crashed into a tree in rural northeast Harris County.

It happened some time after 2 a.m. in the 12700 block of Aqueduct Road at Lake Houston Parkway.

The car was traveling at a high rate of speed when the driver ran a stop sign, left the road, and crashed, according to the Harris County Sheriff's Office.

Two men died on the scene. A third man died while being transported to a hospital. Another man in the car was in surgery in serious condition.

The impact of the crash sent the car's engine into the cab of the car, authorities said.

"It was very, very fast. Just looking at the impact, it's very devastating," Gonzalez said.

The area of the crash is near Duessen Park just southwest of the Lake Houston dam in a sparsely populated area.

The victims are believed to be in their 20s, according to Harris County Sheriff Ed Gonzalez.

Harris County traffic enforcement units were working to find out what happened and who the victims are.