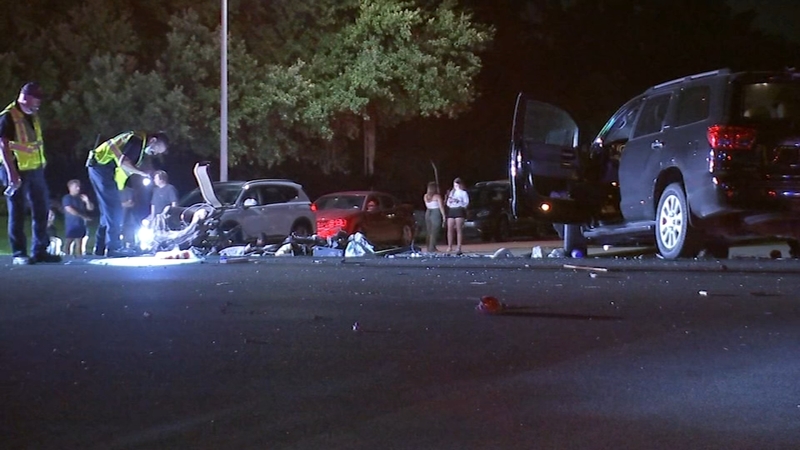 A Dodge Charger left the roadway and hit a truck waiting to turn, according to authorities with the Atascocita Fire Department. The Charger caught fire during the crash and the driver inside died.

Good Samaritans were able to pull the passenger out of the vehicle, authorities said.

Investigators said they were working to determine if speed and driver impairment were factors in the crash.

The collision also knocked out power to the area.

Update: A total of 4 cars involved. Two adult occupants in a burned Dodge Charger: male driver is deceased & female is critical. When the Charger burnt into flames, the driver was unable to exit, but witnesses successfully pulled the female from the burning car. #hounews https://t.co/m5qZg53Ank