Fans trampled as they attempted to enter ASTROWORLD Festival: HFD 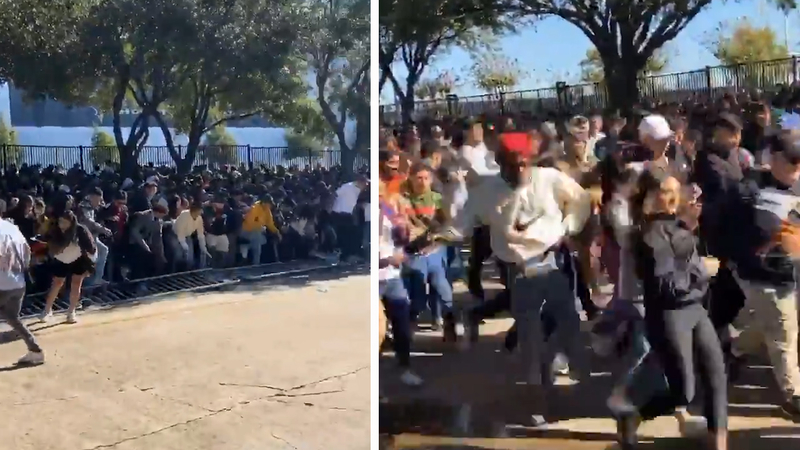 HOUSTON, Texas (KTRK) -- Three people were transported to the hospital before the ASTROWORLD festival Saturday at NRG Park.

Gates didn't open until noon at Travis Scott's much anticipated festival, but chaos had already begun outside.

Houston Fire Department confirmed three people were transported to Memorial Hermann with minor leg injuries after being trampled as they attempted to enter the festival.

WATCH: One Twitter user captured the moment the barricades went down and a stampede of people flooded the park.

One twitter user captured the moment barricades collapsed in the video above. The gates fell to the ground, allowing hundreds of fans to stampede into the festival at once.

Houston Police announced on Twitter that they will be sending additional officers to the festival.

They added that the event is understaffed and "promoters did not plan sufficiently for the large crowds," but later deleted the tweet.

In a new tweet they said they are "collaborating closely with the festival to ensure the public safety of everyone attending the event."

We are successfully working together to support Houston's biggest music festival @astroworldfest at @nrgpark and collaborating closely with the festival to ensure the public safety of everyone attending the event. We look forward to a memorable night. #hounews

50,000 people are expected at the festival this year.