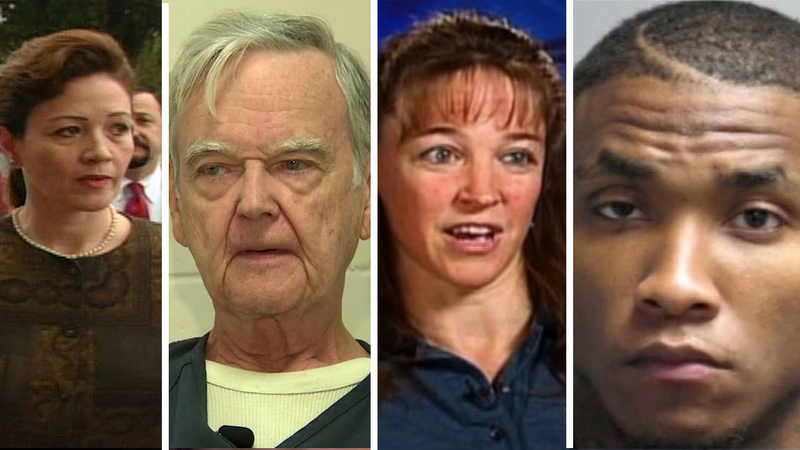 It was the video that shocked Houston.

The images of Clara Harris repeatedly running over her husband David in the parking lot of a Nassau Bay hotel in 2002 played out on Eyewitness News.

Now, after being sentenced to 20 years in prison in 2003, Clara has been granted parole.

With the help of a private investigators, Clara found her cheating husband and his mistress at the hotel, and proceeded to kill her husband using her vehicle.


What's even more tragic is knowing her then-teenage stepdaughter witnessed the whole thing from the passenger seat, as the private investigators filmed the murder.

Bobbi Bacha with Blue Moon Investigations told Eyewitness News in 2013 that Clara might have garnered more empathy if she had shown remorse. Bacha also said Clara called and asked for a refund because "we didn't finish the night of surveillance after she had killed her husband."

Former NASA astronaut hatches plot to kidnap ex's lover
Lisa Nowak's bizarre cross-country drive to find Colleen Shipman made international news when she was arrested on February 5, 2007. After breaking up with astronaut William Oefelein, Nowak learned her former beau was romantically involved with Shipman, and set out from Houston to Orlando, Florida.

Investigators said Nowak confronted Shipman at Orlando International Airport after she arrived on a flight from Houston. The former astronaut attempted to kidnap Shipman in a frightening encounter in the airport parking lot.

Nowak initially pleaded not guilty, but eventually made a plea deal with prosecutors. Nowak plead guilty to charges of felony burglary of a car and misdemeanor battery.

Elderly man kills wife's alleged lover in Katy
Dennis Gibson said he was doing it for the kids. The 78-year-old man was arrested after opening fire on his wife's alleged boyfriend while the two were on a weekend getaway.

Dennis Gibson talked about the shooting that left his wife wounded and her boyfriend dead.

Vernon Burger, 66, died after being shot outside his home. The gunman's wife, Jaqueline Gibson, was injured in the shooting.

Dennis Gibson told Eyewitness News from jail that he had found out about his wife's affair, but hoped to keep it all quiet to keep his family together.

"I wanted to try and maintain a household for my children and whatever infidelities happened were to maintain a secrecy that my wife was interested in," he said.

Scorned woman dies while chasing husband and mistress
Nancy De Acosta apparently wanted to hurt her husband Fredy Acosta and his mistress in July 2016, according to sheriff's investigators, but the incident ended up costing her life.

The Harris County Sheriff's Office said Nancy was chasing her husband and the other woman down Wallisville Road right before rush hour traffic.

A woman is dead in a tragic car accident in northeast Houston, after she struck another vehicle head-on

At one point, Nancy lined up the vehicle and yanked the wheel, trying to run her husband's car off the road. But that is when deputies said she lost control, spun into the path of an oncoming SUV, and slammed into it nearly head-on.

Nancy died at the scene. Fredy and the mistress survived, deputies said.

Wife in deadly Mission Bend love triangle charged
Jessica Leal may have been caught unaware when her estranged husband Chevey came to their Mission Bend home to get a few things. The Leals had gotten into an argument outside the home, while Jessica's new boyfriend Avery Jones was inside.

Court records show Jessica then grabbed a kitchen knife to threaten her husband, and at one point, held Chevey down on the ground.

Cheveys Leal was fatally beaten several weeks ago. At the time, his wife's boyfriend, Avery Jones, was the only one charged. But that's changed.

That is when Jones allegedly shot and killed Mr. Leal.

The couple had only been separated a month before the deadly encounter.

Woman kills husband while girlfriend waits inside home
Many people have been following the surrender of Debra Davis to police on the ABC13 news app after she allegedly killed her common-law husband.

Police said Davis was sitting in a car, confronting 49-year old Rodney Johnson outside the home where his girlfriend was inside.

At one point, she fired a shot at his lower torso. Johnson died from the gunshot wound.

TImeline: The case against David Temple