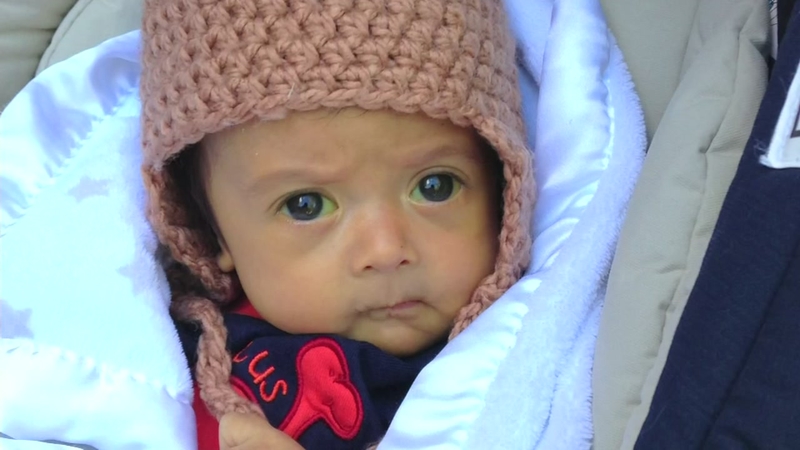 CHICAGO, IL (KTRK) -- For adult patients the average wait for a donor liver is about 149 days. For children it's 86. But for 5-month-old Daniel McCabe and his family - it was a record breaker.

Shortly after his birth in July, Daniel was diagnosed with biliary atresia - a rare disorder that causes scarring in the liver and blocks the bile ducts. The infant came to Lurie Children's Hospital in early December for an evaluation. But soon after his arrival, his condition quickly deteriorated.

"His condition was worsening and becoming dire," says his mother Melody McCabe.

The 5-month-old's best hope for survival was a liver transplant. So on December 13, at 10:15am, Daniel was placed on the wait list for a new organ.

"I think it was the best thing for him. He was deteriorating fairly rapidly, even for this disease. Usually it's not so fast, and he really needed that liver as soon as possible," pediatric liver specialist Dr Saeed Mohammed said.

What happened next is hard to believe. Just 40 minutes later, his doctors were notified of a potential match.

"The doctor came into the room and he was very quiet, and it felt like he was quiet for a very long time and I was expecting bad news. And when he said, 'he has a liver,' I'm still in shock at how quickly that was," McCabe said.

Once the donor organ arrived at Lurie Children's, transplant surgeon Dr. Riccardo Superina carefully divided the adult-sized liver. A small portion was given to Daniel and the remainder went to a patient at another hospital. Not one, but two patients benefited from a single organ in this particular case.

This was all about timing. Just as Daniel's medical information was posted on the wait list, so was the deceased donor's. And because Daniel was so sick, he was eligible to be matched very quickly.