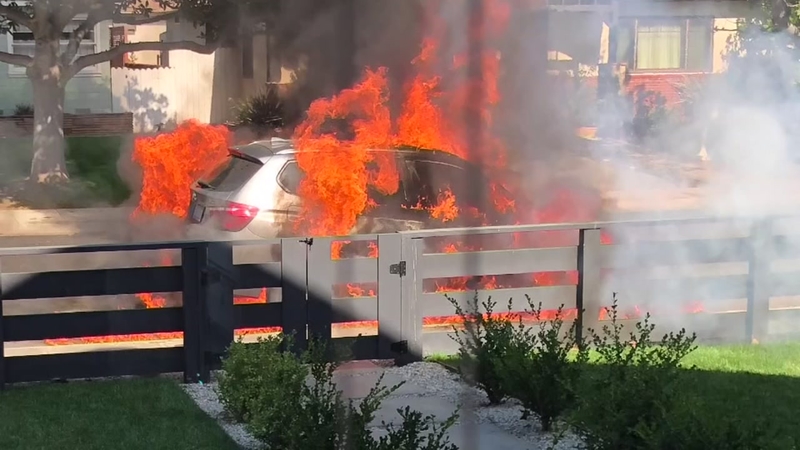 LOS ANGELES, California -- A family says it's at odds with BMW over how the automaker is handling what happened to their new vehicle.

Knut and Jennifer Grevle told KTLA they frantically watched in January as the nine-month-old SUV met its fiery end.

The BMW X3 went up in flames in front of the couple's home after it had been parked for just 15 minutes.

The couple says the engine was off and there were no signs of trouble on the drive home.

"My neighbor came running up to the house and said my car was on fire," Knut said.

"I ran to the window, looked out the window and I saw, you know, 30, 40-foot flames," Jennifer said. "And then not only that, a huge tornado of black smoke coming off of it and I freaked out. I've never been so scared."

Firefighters were able to snuff out the fire before it could spread to the family's home, but after crews left, the car caught on fire again.

When Knut called the dealership, he was told to call his insurance company. Then, when he got a hold of someone at BMW's corporate office, he was offered a rental car and an investigation.

"The what ifs just started circulating and what could have happened if I would've been in that car on the 405 or if I had been sitting in my car taking a phone call. It's just mind boggling. We're still in shock. There's something off here. And we do want answers," Knut said.