Father and son dead from self-inflicted gunshot wounds after Katy disturbance, 2 others injured 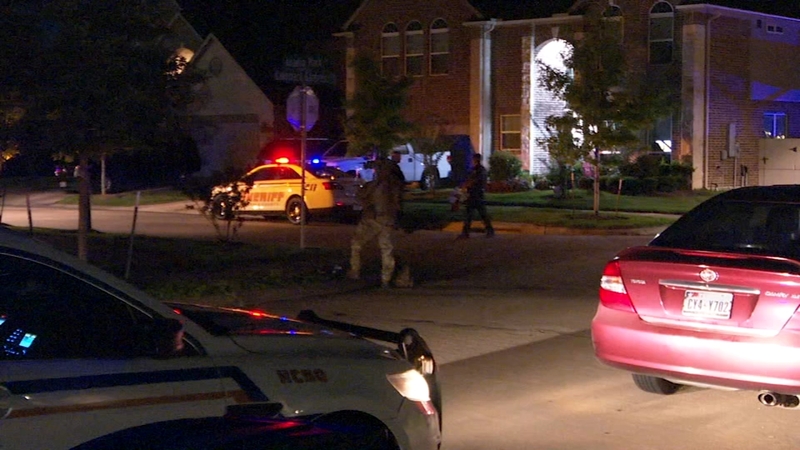 It happened around 9:15 p.m. in the 24900 block of Acadia Park Circle in the Lakecrest Park neighborhood.

Harris County deputies responded to the home after a report of a shooting and found two women, a mother and her adult daughter, outside with gunshot wounds. The victims told deputies that before they were wounded, the daughter's husband had shot himself during an argument, according to investigators.

Following the man's self-inflicted shooting death, the adult son of the couple then shot the women, his mother and grandmother, before barricading himself inside the home, deputies said.

HCSO's SWAT team and hostage negotiators responded to the scene, but found the adult son dead of an apparent self-inflicted gunshot wound as well.

The women were transported to a hospital and were expected to survive. Investigators Saturday were still looking into what led to the disturbance.

The victims were described by authorities as an elderly woman whose wounds were believed to be minor, and a woman in her 50s who was in surgery Saturday morning.