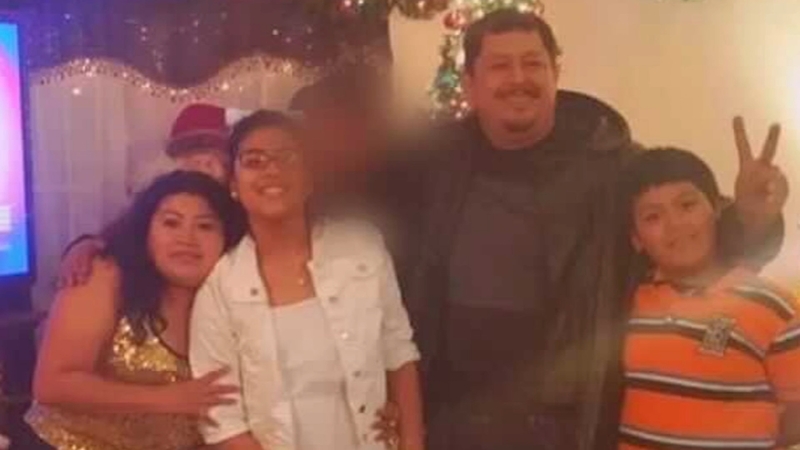 HOUSTON, Texas (KTRK) -- Friends and relatives gathered to remember a family who was found dead over the weekend at their home in southwest Houston.

On Sunday, at about 8:30 a.m., Houston firefighters were called to a house fire in the 7500 block of Imogene. After extinguishing the fire, crews found that four people inside the home were shot to death.

On Monday, as a way to remember the family, about 30 people left candles, flowers, and pictures on the driveway. Jairo's brother and their two sisters spoke in Spanish through their tears. Their sister-in-law, Paulina Moreno, described how they were doing and said they're still in shock.

"A lot of people might tell you this is the perfect family, but you never know what's going on inside the house," said Moreno.

With tears in their eyes, loved ones gathered outside the home where a family of four was shot to death. Their bodies were discovered during a house fire call. Now family members fear their loved ones may have been killed days ago.

Loved ones fear Jairo and Elvira were dead for days before they were found.

"We believe my brother-in-law and his wife were killed before Sunday, because the bodies and the bodies of the kids were found fresh and the house is smelling like a dead body," Moreno said.

Moreno described her brother-in-law as a hardworking man who worked at a flea market on weekends. She said he did not set up at the market on Friday like he always does.

Her daughter is in the same class at school as Isabel, and she said the 13-year-old was not at school Friday either.

"I said, 'It's kind of weird that she's not coming to the school,'" Moreno recalled. "Family members started calling. We never thought something like this had happened."

As of Monday afternoon, police have not released any information on who they believe is responsible.

On Sunday, Houston police Chief Troy Finner said this case did not appear to be a random incident, because there were no signs of forced entry. But he assured they are working to find the suspect in this case.

"Just turn yourself in," Moreno said to the killer. "Don't do more harm than you already have done."

A man familiar with the couple and their two kids said they have lived in the home since 2016.

Despite the fire, Chief Finner said investigators were able to collect evidence inside the home.