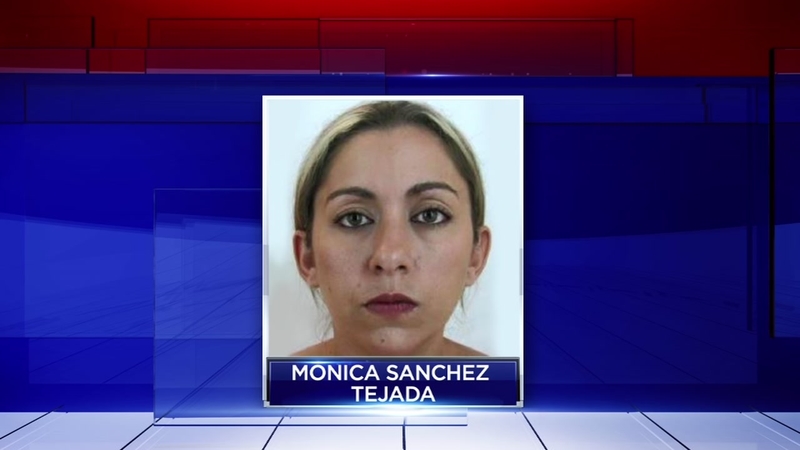 HOUSTON (KTRK) -- Police in Texas City are looking for a woman who they believe scammed people out of thousands of dollars by leading them to believe she was a magical healer. Authorities believe the suspect may be part of a bigger scam across the state and possibly the country.

People who heard about how it happened thought it was a bunch of hocus pocus.

"Voodoo rituals or something like that I think it was (what she was doing)," said a neighbor.

Texas City police believe what Monica Sanchez Tejada did, actually worked, but only to her benefit.

"Some of them had issues with their relationship some had health issues others had financial issues," said Det. Joe Saldivar, with Texas City P.D.

Investigators believe Tejada promised to fix and heal everything. She gained the trust of victims and went after elderly Hispanic women who could speak little to no English.

"She was secretive didn't talk to neighbors really," said a neighbor.

Police said she rented out a home in the area for only a month. She invited her victims inside to perform believable rituals with candles, prayers and a lot of tricks.

"Once she has them there they will do whatever she wants they will bring her what she wants," said the detective.

What she wanted, police say, was money. Victims handed over hundreds, even thousands, thinking she was only going to bless the cash.

"While she's blessing it (she would) swap it with an identical looking package (containing fake cash)," said the detective.

Before any of the victims realized what happened, she had another trick up her sleeve, she disappeared.

"It is very crazy to know now what we know," said her previous neighbor.

Texas City police said after investigating this so-called "healer" they found out similar scams involving other women like her have happened in Alvin, League City even as far as Oklahoma. They are not sure yet if this is part of a bigger scam.

If you are a victim in Texas City, police want you to come forward and tell them your story.