What's burning in the plant explosion in Port Neches? 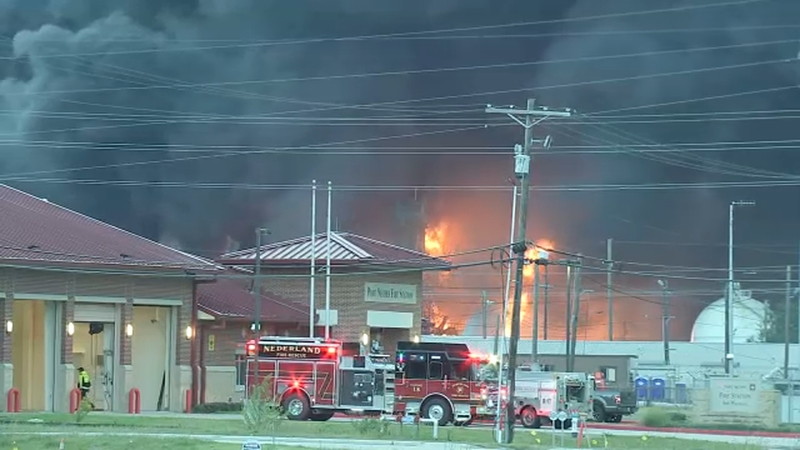 The chemical that burned is Butadiene, which is also a known carcinogen.

According to the American Chemistry Council, the chemical is primarily used to make rubber, neoprene, and tires.

When butadiene enters the environment, it's highly volatile and has low-water solubility. It is listed as a known human carcinogen by the International Agency for Research on Cancer and has been shown to cause cancer in laboratory animals.

Butadiene is a significant fire and explosion hazard based on its physical properties, including flash point, vapor pressure, and boiling point. It can quite readily form explosive mixtures in air as a result of its high vapor pressure. Therefore, preventive measures must be taken to minimize the potential for fire or explosion.

Short term exposure to concentrations greater than 10,000 ppm may irritate the eyes, nose and throat. It may cause drowsiness and lightheadedness. Direct contact with liquefied butadiene can cause frostbite-like burns to the eyes and skin.

At least three people, two employees and one contractor at the site, were injured in the blast that was reported at around 1 a.m. Wednesday off Highway 366 near Merriman.

Jefferson County Judge Jeff Branick says there are no reports of major injuries to people outside the plant right now and everyone working in the plant is accounted for at this time.

Reports suggest windows were blown out in homes up to 10 miles away from the plant.

The TPC Group released the following statement about the explosion:

Emergency responders are still working to bring the event under control, and are doing so as quickly and safely as possible. Teams have been dispatched to conduct air monitoring along the fence line of the facility and in surrounding neighborhoods through mutual aid.

Unfortunately, the event resulted in injuries to two employees and one contractor at the site. They have been transported to the Southeast Texas Regional Medical Center and to Memorial Hermann in Houston for treatment. We are focused on their quick recovery and providing support to their families.

At this time, we cannot speak to the cause of the incident or the extent of damage, but TPC is assembling a team to conduct a full and thorough investigation.

TPC is working with its insurance provider to establish a claims processing hotline for area residents impacted by the event.

TPC Group sincerely remains focused on protecting the safety of responders and the public and minimizing any impact to the environment. We encourage area residents to stay tuned to information from Jefferson County Emergency Management and local responders.