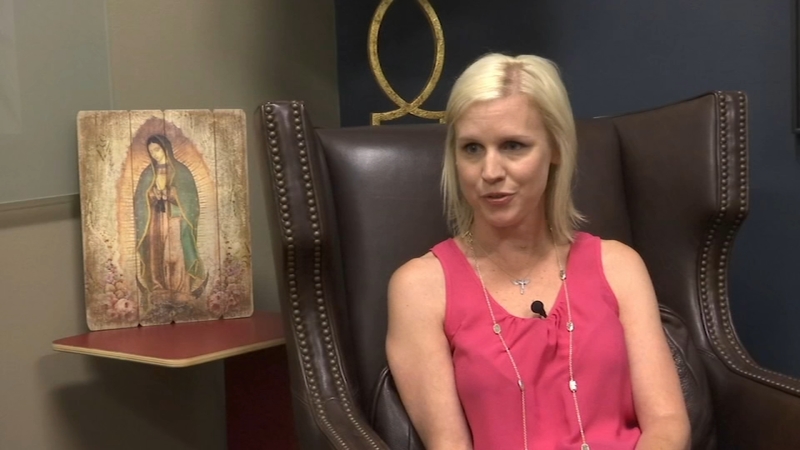 THE WOODLANDS, Texas (KTRK) -- Saint Anthony of Padua in The Woodlands and The Archdiocese of Galveston-Houston are listed as defendants in a lawsuit filed by a 38-year-old woman who claims a lay leader psychologically and emotionally abused her.

The 31-page lawsuit was filed in late July and lists Beth Ann Andrews as the plaintiff.

"The whole purpose of me attending the retreat was to get close to God and the Catholic faith," Andrews said.

The wife and mother of two said she decided to attend a Faith in the Fire retreat she claims was facilitated by lay volunteer Brad Rigsby, who is named in the lawsuit.

Andrews says she had no clue that the retreat would include what she called "layman exorcisms" that she claims were performed by Rigsby.

"It was a dark gym, it was cold and looking around and seeing various people laying on the floor and passed out. One woman was uncontrollably crying," she said.

Andrews described the encounter as spiritually intense, but says in an effort to grow her faith, she trusted Rigsby and then joined a ministry led by him.

Throughout the course of several months, Andrews believes she was manipulated and claims Rigsby abused his power and authority.

She alleges in the documents that inappropriate discussions regarding sexual topics also happened.

"He was encouraging me to pray while having sex with my husband," she said.

The Archdiocese and Saint Anthony's responded to ABC13's request for an interview with a letter that was addressed to parishioners in early August that addresses the lawsuit.

A portion of letter reads:

"Parish leadership promptly and appropriately responded to those concerns. The parish met with the parishioner plaintiff, immediately removed the lay volunteer from all ministry, contacted the Archdiocese and indefinitely suspended the ministries associated with the plaintiff's concerns. Saint Anthony categorically denies that the parishioner plaintiff was damaged by anything that parish leaders did or failed to do."

Andrews says she eventually left the ministry and tried a few times to report Rigsby to church leadership before she says something was eventually done.

The lawsuit is seeking monetary damages and also changes made to the church's policies.

"Brad Rigsby was not a safe person and should not have been in a position of authority in the church," said Maureen Farrell, Muery & Farrell PLLC, who is representing Andrews.

ABC13 attempted to reach out to Mr. Rigsby, but our calls were never returned.