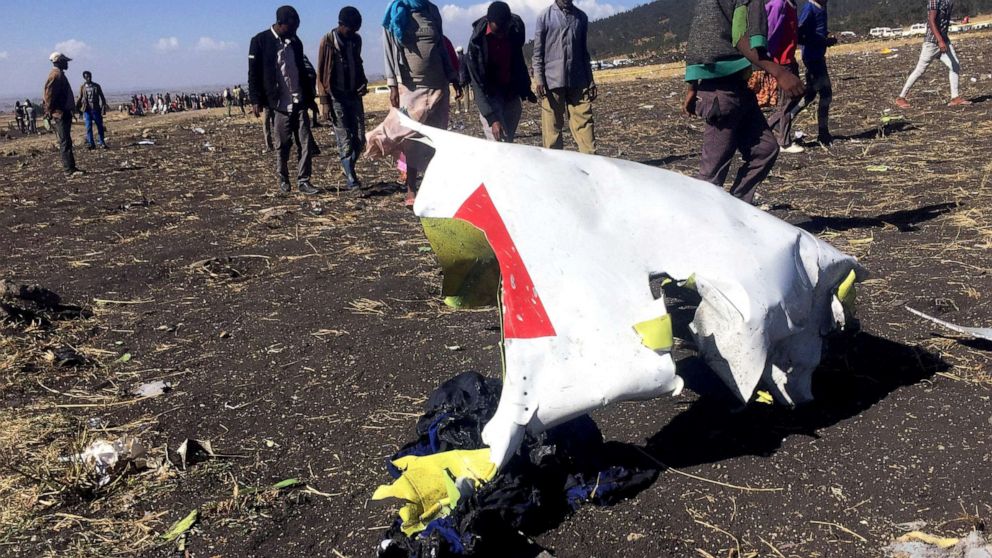 The parties were able to listen to the cockpit voice recorder as well. Information from both "black boxes" could provide key clues into how and why Ethiopian Airlines Flight 302 crashed on March 10, killing all 157 people on board. Families of victims have waited nearly three weeks without a readout of information from the black boxes, though they were found and sent to France for analysis within a week of the crash.

The international groups given access to the raw data include the National Transportation Safety Board, an independent U.S. agency that investigates transportation accidents and issues widely-respected safety recommendations.

The NTSB sent three investigators to assist in the black box analysis in France, the agency said at the time, and were specifically trained to look into a key question in the crash: whether the plane's autopilot system might have played a role in the Ethiopian Airlines crash, as it seemed to have done in the fatal crash of an Indonesian Lion Air 737 MAX 8 last October. The two crashes of Boeing 737 MAX 8s led to a worldwide grounding of the plane, one of Boeing's most popular models, and has put pressure on the company to produce a software update that would fix the plane's controversial anti-stall system.

Questions remain about how much pilot error could have factored into the crash in Ethiopia, if any, as more information came to light about the doomed Lion Air crash during the renewed focus on Boeing's anti-stall software. In the Lion Air crash, reports found the pilots struggled with their quick reference guides in the cockpit during the crash and that a similar situation was avoided the day before because of an off-duty pilot on-board who happened to know how to shut off the malfunctioning flight management system. The problems revealed a lack of pilot training around the flight control system.

Boeing was also given raw data from the crashed Ethiopian Airline plane, as was the Federal Aviation Administration, the European Union Aviation Safety Agency and others. Boeing, the world's leading commercial airline manufacturer, will hold a session with pilots, technical leaders and regulators on Wednesday to insure a "safe return of the 737 MAX to commercial service," the company said in a statement Sunday.

The Senate will also hold a heading on Wednesday to discuss the FAA certification process, which Boeing will have to go through to get its latest software update up and running on the MAX planes. In the meantime, the Department of Transportation announced Monday it would also look into the process through a special committee led by a former Air Force general and head of the U.S. Transportation Command Gen. Darren McDew and former Air Lines Pilot Association president Capt. Lee Moak.

Sources familiar with the matter have also confirmed that the FBI is working with other federal authorities to look into the certification of the Boeing 737 MAX. It is unclear how much of a role the FBI -- and federal prosecutors from the Justice Department -- will actually have in this effort, as the investigation is in its earlier stages.