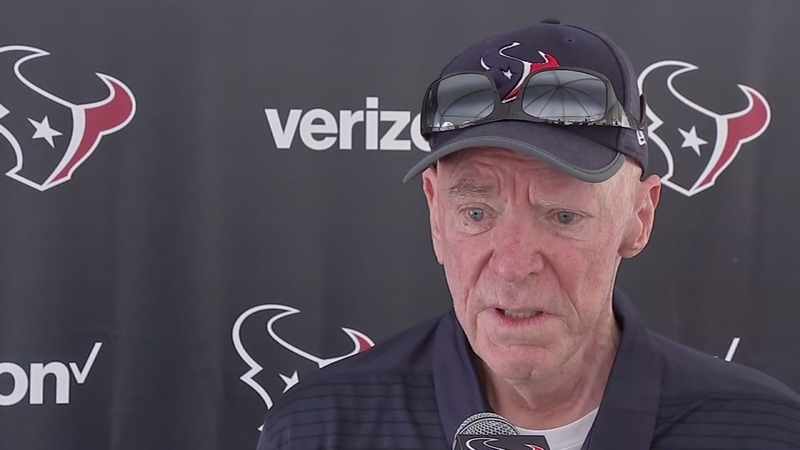 HOUSTON, Texas (KTRK) -- In an ESPN The Magazine report describing this month's meetings between NFL owners and players over the widespread national anthem protest, Houston Texans owner Bob McNair was described as making an upsetting remark during an owners' only summit on the controversy.

In a discussion over the business-related backlash of players' protests, McNair was quoted as saying, "We can't have the inmates running the prison."

The expression was made as owners attempted to deal with the protests while being sensitive to their players' grievances.

In the report, McNair, who has gone on record as a million-dollar contributor to President Trump's campaign, immediately drew offense for the remark by NFL Executive Vice President of Football Operations Troy Vincent, who played in the league.

"Vincent said that in all his years of playing in the NFL [...] he never felt like an 'inmate,'" the report stated.

RELATED: Should Texans owner Bob McNair get a statue on public land?

The same ESPN report also described McNair taking Vincent aside from the meeting to apologize, saying that he felt horrible and that his words weren't meant to be taken literally.

In response, McNair offered regret for his words in a statement Friday:

During a news conference, members of the NAACP Houston Branch blasted McNair's comments and announced their opposition to a statue of McNair that could be erected on public land at NRG Park.

"We have moved backward to the 1950s," NAACP Houston Branch president James Douglas said. "When the owner of a major athletic team in Houston, Texas, today can characterize black athletes in the NFL as prisoners [that] is deplorable. His apology is not accepted."

"He not only shows why the protests are needed, he shows that he hasn't even thought about the meaning behind the protest," Harris County Commissioner Rodney Ellis added.

The NAACP is asking that McNair meets with them face-to-face on Monday at Community of Faith Church at 1024 Pinemont at 7 pm.

Douglas said at that time, they will tell McNair how he can make things better.

The article posed McNair and influential Dallas Cowboys owner Jerry Jones on one end of a spectrum of owners dealing with the protests. ESPN described both owners dealing with backlash over a controversy that remained unresolved and couldn't be ignored.

Jones was reported as instituting a no-stand, no-play policy to his players.