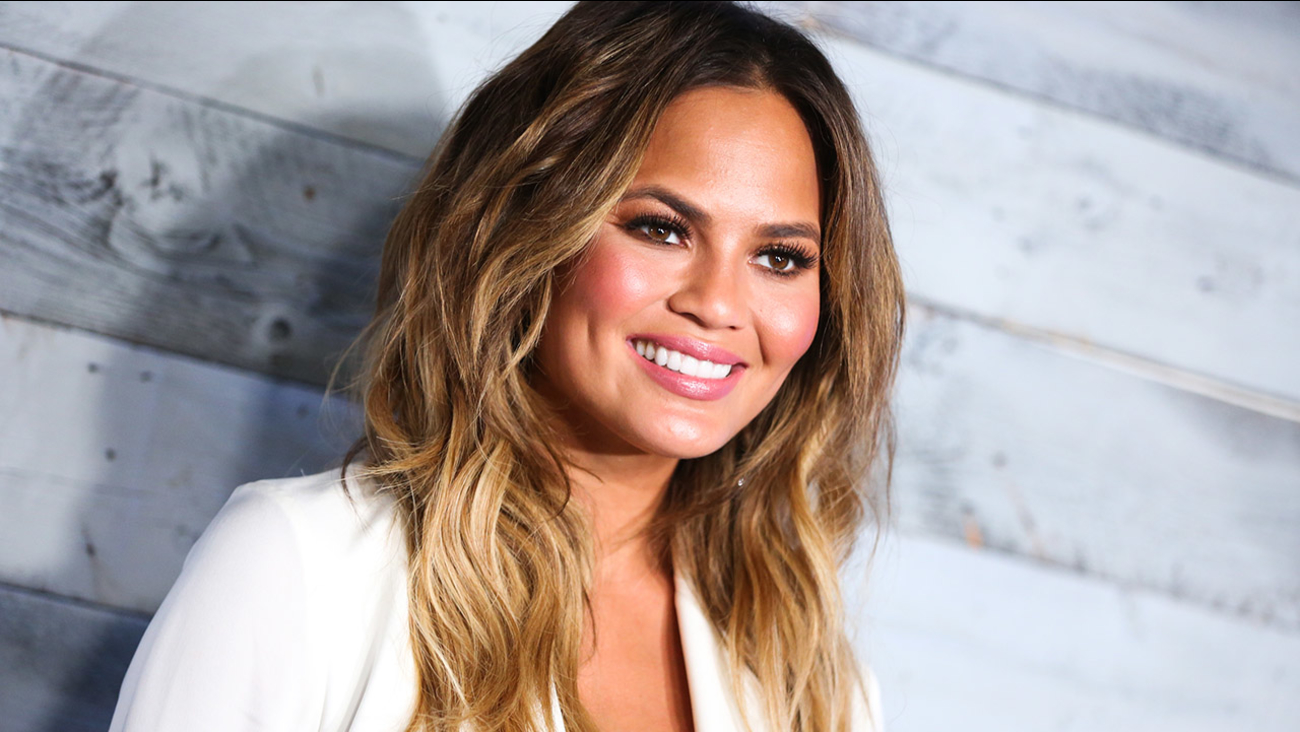 Chrissy Teigen arrives at the Go90 Sneak Peek of Social Entertainment Platform Event at the Wallis Annenberg Center for the Performing Arts on Thursday, Sept. 24, 2015. (AP)

KTRK
LOS ANGELES -- Chrissy Teigen is telling people to "Get out of my uterus!" after a photo of her new baby bump received some less than supportive feedback on social media over the weekend.

The model and FABLife co-host announced that she and her husband, singer John Legend, are expecting their first child in a joyful post to Instagram last week. Over the weekend, Teigen playfully lamented her changing figure, captioning the image "Somebody is early to the party."

While plenty of Teigen's fans were immediately enamored with the pic, some social media users began offering unsolicited opinions about the size of Teigen's belly, saying it looked like she might be carrying twins.

Teigen, known for her opinionated and frequently funny social media musings, was quick to respond, dismissing the critics with a few well-placed emojis and telling people to mind their own business.

Please stop. I put one embryo in. I have ultrasounds every few days. I didn't announce at a week. https://t.co/v17NlZjo1n

Whoa 3 unimpressed faces for this one 😑😑😑 https://t.co/CSeNr6cxQX

I did IVF. One at a time. It isn't twins. I can see the damn thing. Get out of my uterus!

It doesn't seem like Teigen took the tweets to heart, however. She made a few jokes about the mini scandal before metaphorically throwing up her hands and swearing off future tweets about her pregnancy.

No more preg tweeting for me, lesson learned!! Back to food and reality TV and hay things

This is Teigen and Legend's first child together. Teigen and FABLife co-host Tyra Banks have discussed their infertility struggles and IVF treatments on the show.