Elizabeth Warren: What to know about 2020 presidential candidate 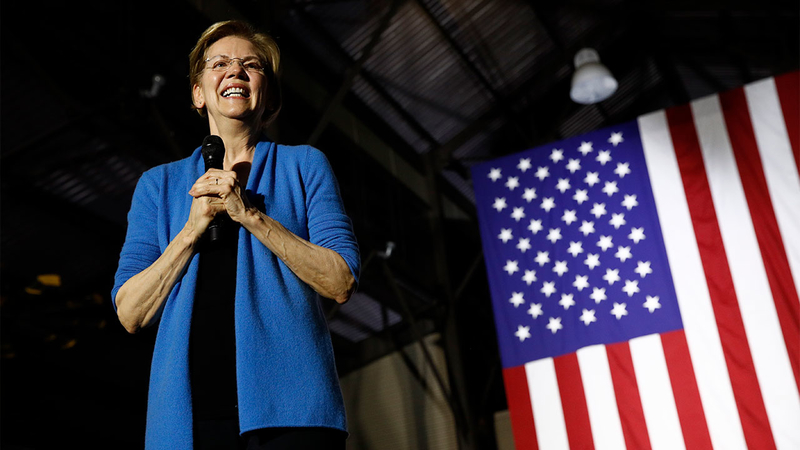 A look at Elizabeth Warren's career

She emerged as a national political figure in the aftermath of the 2008 financial crisis, chairing the Congressional Oversight Panel for the Troubled Asset Relief Program. She quickly became one of the party's more prominent liberals even as she sometimes fought with Obama administration officials over their response to the market turmoil.

SEE ALSO: Who's running for president in 2020? List of candidates for Democratic candidates

Warren then worked with the Obama administration to establish the Consumer Financial Protection Bureau.

Warren won a Senate seat in 2012, becoming Massachusetts' first female senator. She was re-elected in 2018 before launching her exploratory committee.

Should she launch a campaign, Warren must move past a widely panned October release of a DNA test meant to bolster her claim to Native American heritage. The move was intended to rebut Trump's taunts of Warren as "Pocahontas." Instead, her use of a genetic test to prove ethnicity spurred controversy that seemed to blunt any argument she sought to make.

Warren's campaign is likely to revolve around the same theme she's woven into speeches and policy proposals in recent years: battling special interests, paying mind to the nexus between racial and economic inequities. She has $11 million left over from her commanding 2018 Senate re-election victory that can be used on her presidential run.

One of her most significant competitors could be Sen. Bernie Sanders, a Vermont independent who is eyeing another presidential run harnessing the same populist rhetoric.