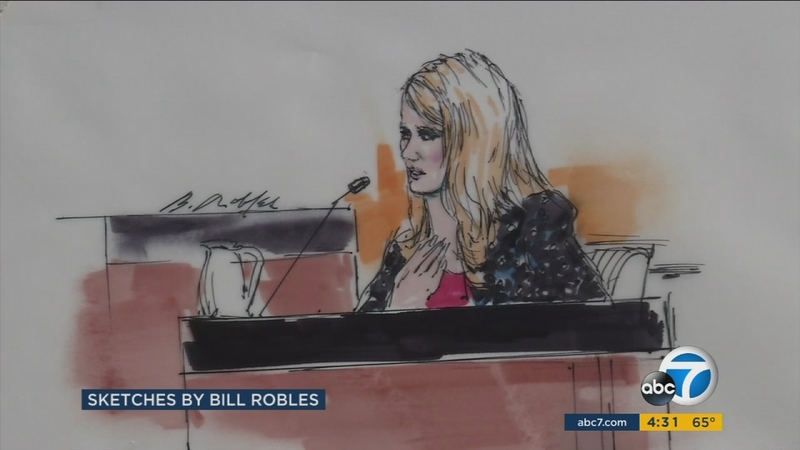 SANTA ANA, CA -- Elizabeth Smart, who was kidnapped in Salt Lake City when she was 14 years old, came to testify in an California kidnapping case.

Smart had to relive her ordeal in front of a local judge Thursday. The Orange County district attorney hoped to use Smart as an expert witness in a kidnap and rape case from 2004.

"I think she's incredibly brave. What a courageous woman. I mean, she survived and she's been through so much and she came forward and she's taking a stand," Smart said.

Prosecutors allege Isidro Garcia kidnapped the 15-year-old daughter of his then-girlfriend. He's accused of holding her for 10 years, forcing her to marry him and eventually have his child.

During Smart's hearing, she spoke about her work as an activist and advocate for kidnapping victims. She also said there were many similarities between her story and the suspected victim's.

"Those threats to me, they were very real to me. That's why I didn't run, and I can only say that that's the same reason that this victim didn't run either," Smart said.

The judge denied the use of Smart as an expert witness, saying she didn't have a "sufficient foundation" in the case. The suspected victim continued her testimony in court as well.

On the stand, she described what happened after the suspected kidnapping. She said Garcia gave her an identification card with a new name and birth date. She told the court she and Garcia moved around a lot. In addition to being sexually assaulted, she said he also began to abuse her physically.

Garcia's defense argued the woman left willingly with him due in part to a poor relationship with her mother.

"To me, it would seem that she did what she had to to survive. If that meant marrying him, that's what it meant. That's what she did," Smart said.
Related topics:
californiarapekidnapkidnappingcourt caseu.s. & world
Copyright © 2021 KABC Television, LLC. All rights reserved.
TOP STORIES
Money in Lakewood Church wall may be tied to 2014 theft, HPD says
Fugitive task force searches for parents charged in MI school shooting
Fatal West Loop crash prompts traffic backup at 18th Street exit
Pasadena PD searching for suspect who stole Boy Scout trailer
Watch 'ShopLocalish: Holiday Deals and Steals' with Tory Johnson
First, it was catalytic converters, but thieves moving to this part
Record highs possible Saturday, and Sunday will be steamy too
Show More
UH could turn national title picture upside-down if it beats Cincy
Mark Cuban buys entire Texas town, but what will he do with it?
How new TX law could impact topics educators can discuss in classroom
Omicron variant discovered in at least 7 US states
Student faces charge after pulling gun on classmate, Aldine ISD says
More TOP STORIES News