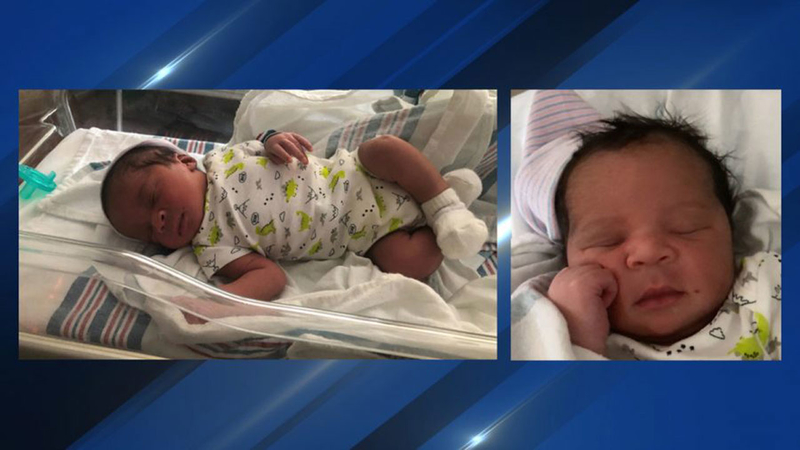 Investigators say Elijah Phillips is in CPS custody after being found by officers.

Brandy Galbert, 41, one of three people who were wanted in the baby's disappearance, is in custody, according to Austin police.

The baby's mother, Brittany Smith, is still on the run. Smith is described as a black female, standing at 5'2", 220 lbs., with black hair and brown eyes. She has a tattoo on her left arm.

We do not know the whereabouts of Carl Hayden, 37, who was also listed as a suspect in connection with Elijah's abduction. Hayden is black male standing at 5'10", 125 lbs., with black hair and brown eyes.

Austin police did not tell us where or how the baby was found.
Report a correction or typo
Related topics:
austintexas newsbabykidnapabduction
Copyright © 2022 KTRK-TV. All Rights Reserved.
TOP STORIES
Texas could move toward allowing HS athletes to cash in on deals
Deputy among those injured during Go Topless Jeep Weekend event
Mother, boyfriend charged after death of 8-year-old daughter, HPD says
Houston gets extra 'rose' after paying $240k to bring Bachelor to town
Authorities searching for 49-year-old Alvin man last seen May 19
Rain chances continue into the work week
Manhunt underway for woman connected to deadly love triangle
Show More
SCOTUS makes it tougher for prisoners to argue counsel was ineffective
What's causing liver disease in kids? Researchers float theories
More than 75,000 pounds of baby formula lands in US amid shortage
Deputy crashes while chasing suspect in slingshot motorcycle
Student says he was told not to mention 'Don't Say Gay' law in speech
More TOP STORIES News