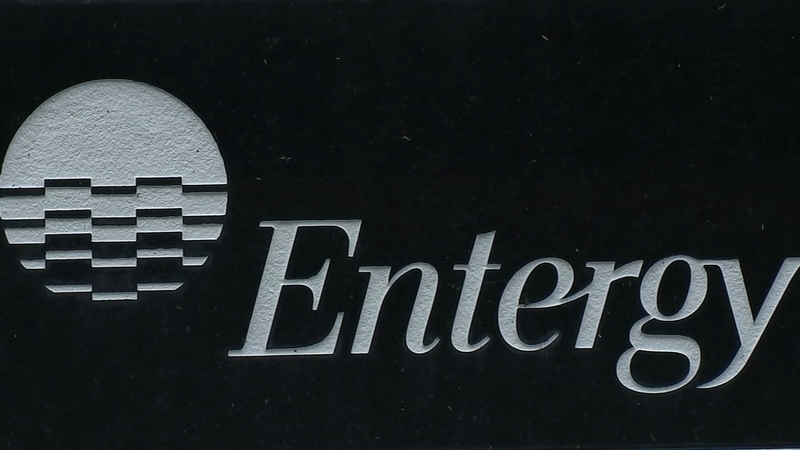 Entergy says power problems in Montgomery County should be resolved

MONTGOMERY COUNTY, Texas (KTRK) -- Residents in a wide area of southeast Texas dealing with rolling electricity blackouts related to Hurricane Laura should have their power restored soon, if it is not already.

Entergy Texas provided an update on Twitter around 8:30 a.m. Friday saying that it has canceled the periodic outages, which were put into place because of a widespread power loss in other areas caused by Laura.

"While it's inconvenient, and we apologize, it was a necessary evil given the historic event that occurred," Entergy Vice President of Customer Service Stuart Barrett explained.
Montgomery County residents were among those affected, with Commissioner James Noack noting Thursday the power outages were necessary to protect the integrity of the unaffected power transmission line. If the line were to fail, all of Entergy Texas customers would be without power.

The outages were expected to take place until integrity was restored.

Barrett said it canceled the order for the outages around midnight after crews placed a high voltage power line back into service, providing an additional connection to the power grid.

I just got off the phone with the President and CEO of ENTERGY. The power outage is because brownouts are necessary to protect the integrity of the unaffected power transmission line. If this line were to fail — all of Texas ENTERGY customers would be without power. pic.twitter.com/lhZetNVqwP

Units have also started up at Sabine Station, Entergy's power plant along the Texas/Louisiana state line. Entergy said that even though the plant was in the direct path of Laura, it suffered minimal damage and start-up was completed Friday morning.

However, the transmission system suffered significant damage as a result of the Category 4 storm, and the transmission grid is fragile.
Still, Barrett said he doesn't anticipate further rotating outages will be required.


If you are still experiencing an outage, you're asked to call 1-800-ENTERGY.

The company said it's working on a solution to help when hurricanes hit, but it won't be ready until next hurricane season.

"We're building generation locally, which would've helped the situation," Barrett said. "That large generator, a 1,000 megawatt generator in Montgomery County, and that's coming on in the middle of next year."