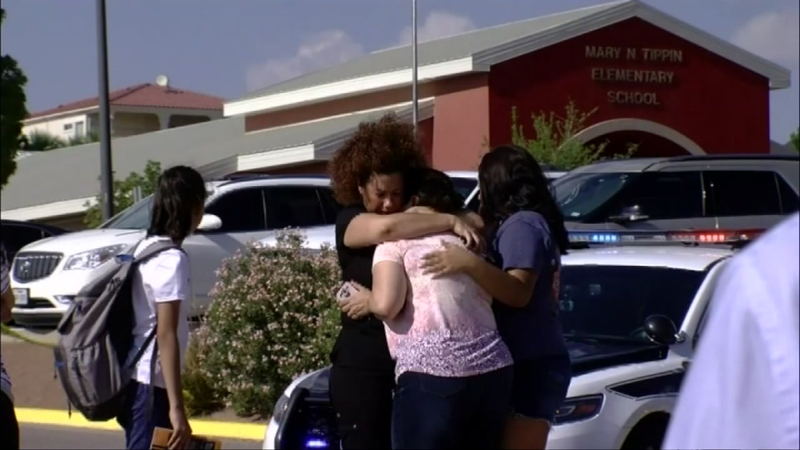 Mom dies saving her children during crash at school

EL PASO, Texas -- Authorities in El Paso say a woman was struck and killed when she tried to save her children from being hit by a vehicle on the first day of school.

According to police, her three children - 6, 7 and 10 years old - were also sent to the hospital after the crash Monday at an elementary school.

The victims were struck by a vehicle that was backing out of a parking space.

Police believe a man, who was at the campus to pick up his grandchildren, mistakenly stepped on the accelerator instead of the brake.

The 33-year-old woman ran toward the children to stop the man from backing into them before being hit.