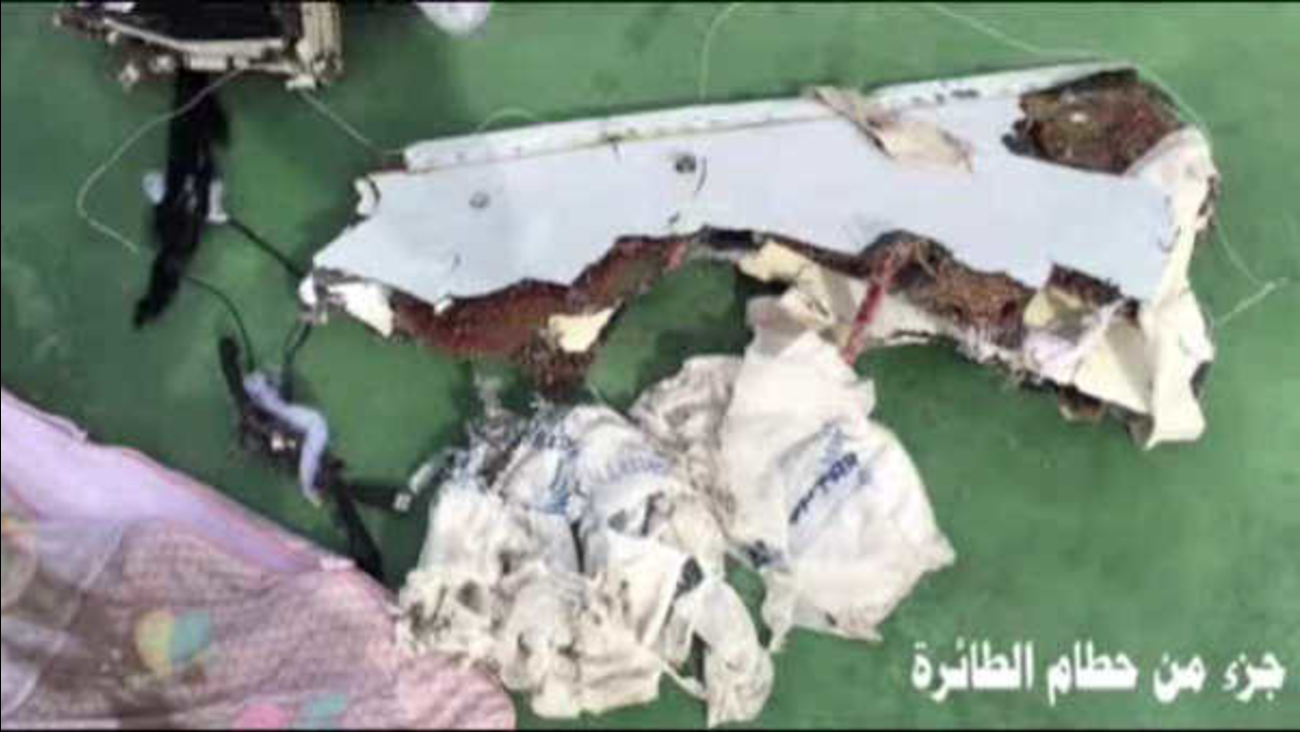 The first photos of EgyptAir 804 debris were released.

CAIRO, Egypt -- A senior Egyptian forensics official says human remains retrieved from the crash site of EgyptAir flight 804 suggest there was an explosion on board that may have brought down the aircraft.

The official is part of the Egyptian investigative team and has personally examined the remains at a Cairo morgue. He spoke on condition of anonymity because he isn't authorized to release the information.

He says all 80 pieces brought to Cairo so far are small and that "there isn't even a whole body part, like an arm or a head." The official adds that "the logical explanation is that it was an explosion."

All 66 people on board were killed when the Airbus 320 crashed in the Mediterranean early Thursday while en route from Paris to Cairo.
Related topics:
egyptair crashexplosionu.s. & world
Copyright © 2022 by The Associated Press. All Rights Reserved.
TOP STORIES
51-year-old on the run as suspect in corporal's ambush killing
Sergeant was to walk daughter down aisle until his hit-and-run death
Mom shares story of son's 'scary' battle with COVID complications
Drying out but staying cool this week
Texas among states suing Google over claim it's misleading consumers
Man accused of stabbing K-9 in The Heights now charged
'We knew something big exploded': ABC13 recalls moment of Watson blast
Show More
12-year-old hurt in crash with speeding tow truck that killed 2 adults
Dad charged and fired from job after racist tirade posted on TikTok
Bad Bunny announces stadium tour stop at Minute Maid Park
Here are your headliners set to perform for the BBQ Contest at NRG
5 tax changes that can boost your refund this year
More TOP STORIES News