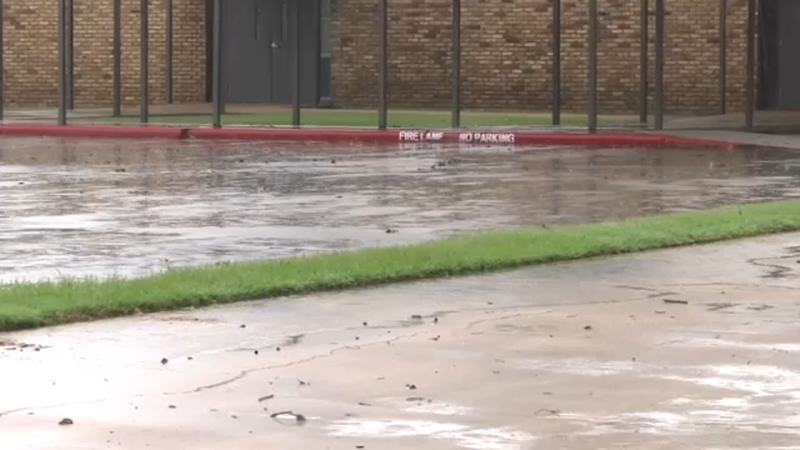 Students and parents question why some school districts weren't closed

ALDINE, Texas (KTRK) -- A 16-year-old Aldine Independent School District student is questioning why he still had to go to school the day after Tropical Storm Imelda left several parts of the Houston area underwater.

"By 8 o'clock, I realized we messed up, we should've stayed home," said Hervys Cantillo.

The teen is enrolled in the district's Victory College, which is based out of the Lone Star College campus. Cantillo said a fellow student went outside of the classroom on Thursday morning to check on her car. She came back to tell everyone to leave as soon as possible because the streets in the area were starting to flood.

The student has three younger siblings, all at Aldine ISD schools, and he immediately began to worry about how they were going to get home.

Cantillo tried to leave the campus, but was told by an adult that he needed to stay.

"He said, 'Anything that happens, we are responsible for y'all, so we can't let y'all out,'" Cantillo said. "So I kept seeing if I could get anyone to give me a ride home."

Cantillo, along with his father, questioned the district's decision to hold classes.

A spokesperson for Aldine ISD confirmed Goodman Elementary School did have about an inch of water enter into some for the rooms on campus, but also stated none of their building sustained any extensive damage from Thursday's storm.

The cleanup process is in motion and the district says they expect to be back open on Monday.

As for why the district did not shut down on Thursday, the spokesperson responded by saying the district took great care in coming to a decision, working with an administrative team that includes the police as well as Houston's Office of Emergency Management.

The staff analyzed the forecast and believed the storm would not impact the area based on the information at the time, but say the storm shifted and ended up flooding certain areas in the district.