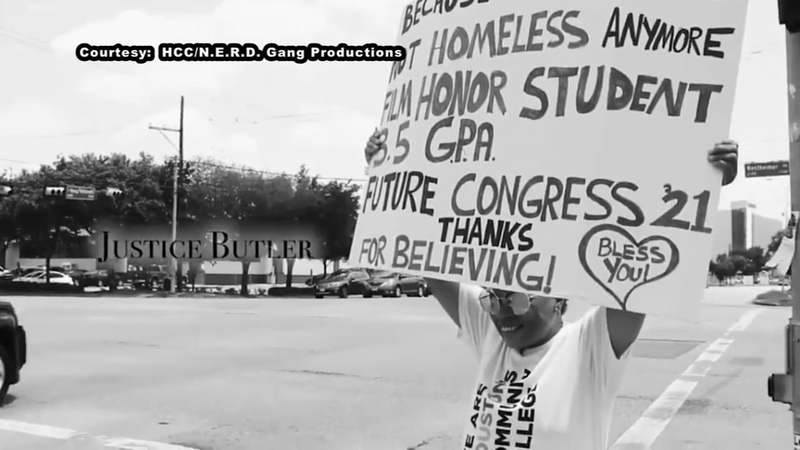 HOUSTON, Texas (KTRK) -- A person standing on a corner with a sign asking for money for food is not rare in Houston.

A study released this year by Temple University finds that college students can fall into the homeless category, because of having to make a choice between housing and food, and high tuition.

The categories are called home and food insecurity. The study also found that among two-year colleges, or junior colleges, nearly half of the students voiced those insecurities.

"They lost their jobs, they lost their cars, and we have students who work two jobs part-time. Without a job, they can't provide food for their families," said HCC Associate Vice Chancellor Frances Villigran-Glover.

The remarkable thing is that many of those students continued to come to class.

"Some of them had to travel several hours just to get to class," she said.

Instructors noticed some of the students were struggling and were falling into unacceptable academic performance levels. The college took notice, and provided counselors to get them back on track, despite their circumstances.

"We trained our faculty and staff to really look at the symptoms our students are communicating and not be shameful about it," Villigran-Glover said. Food pantries were set up at HCC campuses for students in need. A clothes closet program providing work and interview-ready attire was also set up.

A documentary called "InVisible" is highlighting the stories of three HCC students who have struggled with homelessness.

Film student Justice Butler is the producer and director of the film. She says she was homeless, but was encouraged to enroll at HCC.

Butler says Moses Belton Sr., who graduated from the college last year and who appears in the film, is still having housing issues, despite being a student at the University of Houston.

"There is a nationwide epidemic throughout colleges and universities," Butler said. "That's what this is about."