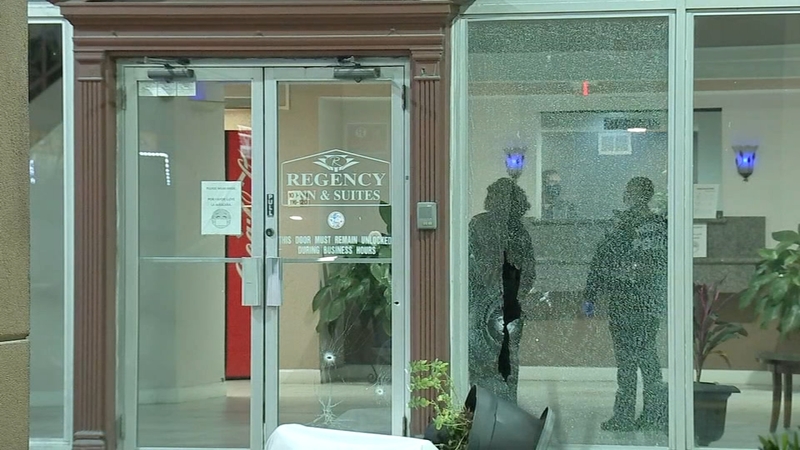 HOUSTON, Texas (KTRK) -- A man was shot to death Friday night outside a hotel on Houston's east side.

It happened just before 10 p.m. in the 10800 block of East Freeway near Baca Street.

The victim was walking into the Regency Inn and Suites when a car full of men drove by and began shooting, according to Houston police. Investigators said they believe the get-away car was an older model brown vehicle.

Detectives were reviewing surveillance video to attempt to better identify the shooters and their vehicle and at least one witness was on the scene when it happened, police said.