Earnhardt Jr. to miss 2 more races due to concussion-like symptoms 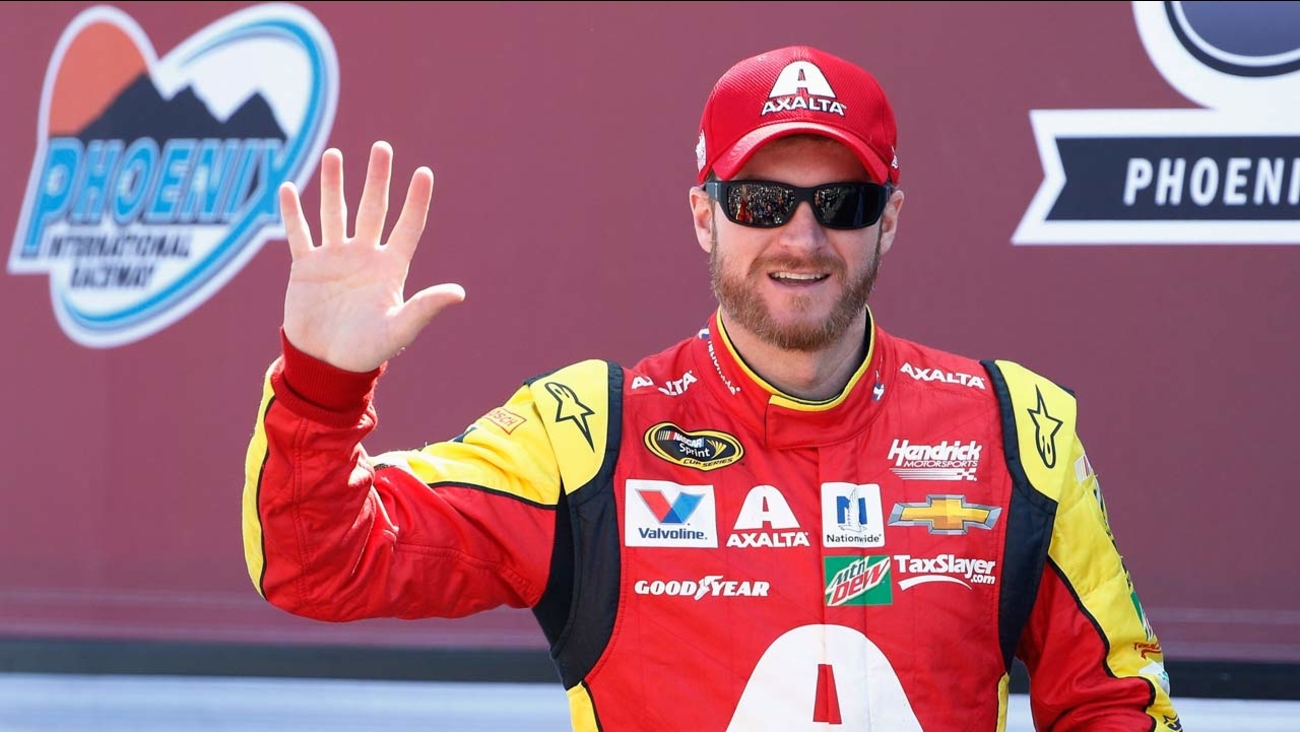 INDIANAPOLIS, IN -- Dale Earnhardt Jr. will not race again this month because of concussion-like symptoms and the No. 88 car will be turned over to trusted former teammate Jeff Gordon for the next two weeks.

Hendrick Motorsports announced Wednesday that Earnhardt has not yet been cleared to drive by doctors and will miss Sunday's Brickyard 400 as well as next weekend's race at Pocono. NASCAR's most popular driver has been battling balance issues and nausea since a July 2 crash at Daytona.

Earnhardt pulled himself out of the car last weekend in New Hampshire and was replaced by Alex Bowman. After another medical evaluation Tuesday in Pittsburgh, doctors told Earnhardt to take more time off.

"Our focus is giving Dale all the time he needs to recover," team owner Rick Hendrick said. "There's nothing we want more than to see him back in the race car, but we'll continue to listen to the doctors and follow their lead. What's best for Dale is what's best for Hendrick Motorsports and everyone involved with the team. We're all proud of him and looking forward to having him racing soon."

While retirement talk for the 41-year-old Earnhardt might be premature, his history of concussions is clearly a concern. He had two in a six-week span in 2012 and missed two races. The latest symptoms surfaced after a mid-June crash at Michigan International Speedway and the wreck at Daytona. Earnhardt said he felt steadily worse, believing it was allergies at first. A neurological specialist later confirmed Earnhardt had sustained a head injury.

"I've struggled with my balance over the last four or five days, and I definitely wouldn't have been able to drive a race car this weekend," Earnhardt told fans in a recording made Sunday night. "I made the decision I had to make."

A team spokeswoman said Earnhardt will not take questions this week or next and that Gordon is not expected to speak publicly until Friday in Indy.

The move comes at a time that Hendrick's powerhouse team has been out of sync. Its drivers have been shut out of the top three finishing spots in four consecutive races. Hendrick is now turning to Gordon, the four-time NASCAR champion who retired at the end of last season. He's a five-time winner at the Brickyard, which has struggled with sluggish ticket sales in the lead up to Sunday's race at a track that is just a short drive away from his childhood home in Pittsboro, Indiana.

Gordon has not competed since retiring after the 2015 season finale.

Brickyard organizers had billed last year's race as Gordon's "last ride" on his home track. They were wrong.

The 44-year-old Gordon will get one more chance to become the first driver to reach victory lane six times at Indianapolis Motor Speedway. He also counts a record six wins at Pocono among his 93 career Cup victories, all with Hendrick's team.

"Jeff's a team player," Hendrick said. "I know he'll be ready, and I know Dale has incredible trust in him. It's going to be an emotional weekend (at Indianapolis) with Dale not being there and seeing Jeff back behind the wheel. (Crew chief) Greg (Ives) and the team did a great job at New Hampshire, and they have the full support of our organization."

Gordon steps into Earnhardt's No. 88 Chevrolet at a time when Axalta, a longtime primary sponsor of Gordon's, is scheduled to sponsor four of the next five races for Earnhardt. He will be racing against his much more familiar No. 24 car, which Chase Elliott drives.

"That will be a really weird feeling because the only car he ever drove was the 24," Fox Sports commentator and three-time Cup champ Darrell Waltrip said Wednesday. "To climb in another car and compete against your old car - I can't imagine what that must feel like, but it's probably one of those surreal, out-of-body experiences."

Not having Earnhardt in Sunday's starting lineup also will be odd. The North Carolina resident has started every Brickyard since 2000.

But even without one of NASCAR's top drivers, Indiana fans will have two storied drivers to watch - Gordon's comeback and what is supposed to be Tony Stewart's grand finale on his home track. Stewart, a three-time Cup champ and two-time Brickyard winner, plans to retire at the end of this season.