4th day of more than 100,000 ballots during early voting in Harris County 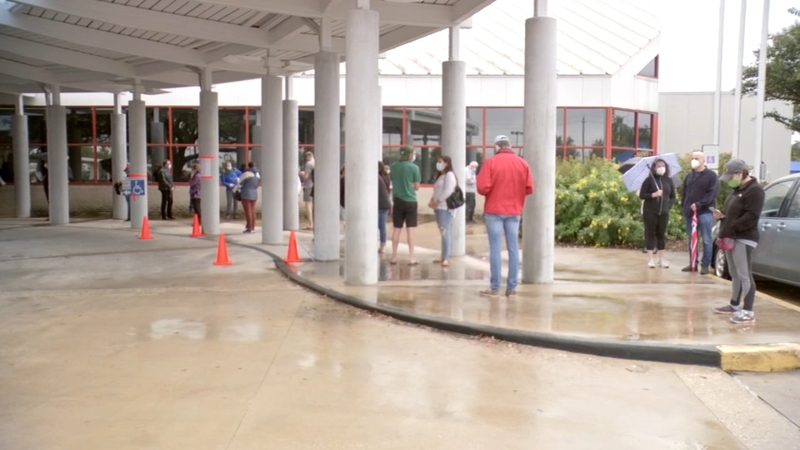 Hellooo! Here is the vote total for 11 a.m.: 23,300. Voting Centers are open today until 7 p.m. Find one at https://t.co/s3HBl2J9bW. #HarrisVotes #HouNews pic.twitter.com/ScYiPmJlrm

You know what they say.... early voting records are made to be broken. Right? Don't they say that? 😄 Fun fact for ya: MORE people have voted in Harris County so far than ALL of early voting in 2004. https://t.co/kSxxmcnZHw #abc13 pic.twitter.com/TgHxopfKKl

Harris County Clerk Chris Hollins said they were seeing about 10,000 votes an hour.

This comes after more than 128,000 people voted early in Harris County on day one, nearly doubling the record set in 2016. The total for both days combined came out to 243,182.

Another voting option that's starting to take off in Harris County is drive-thru voting. Houstonians are now able to vote without leaving their car.

There are 10 drive-thru voting sites, and about 11,000 voters cast their ballots at the Houston Food Bank on the first day of early voting.