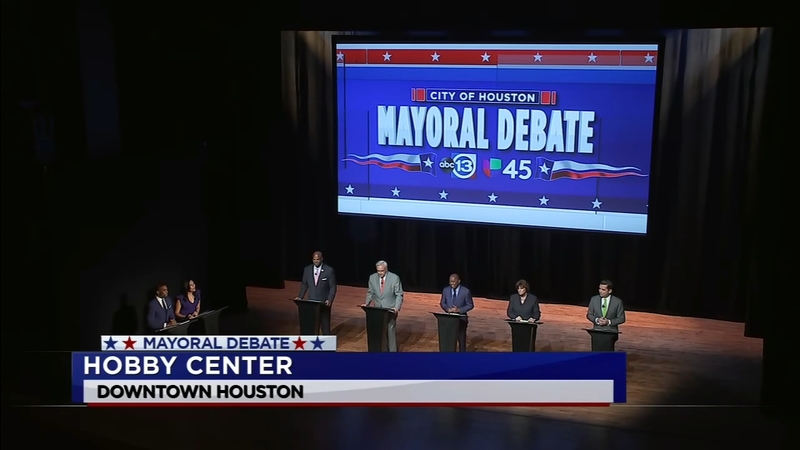 HOUSTON, Texas (KTRK) -- Houstonians had the opportunity to see and hear five mayoral candidates during a debate Wednesday night.

ABC13 co-hosted a debate in partnership with Univision 45.

You can view a special interactive feature on the candidates below, or through this link:

As the incumbent, Turner is finishing his first term as mayor.

Wednesday night's event included the candidates trading jabs on topics ranging from the city's crime rate to a recent revelation about a city internship that pays a $95,000 annual salary.

Here are some of the moments from Wednesday's event.

The rivals used rebuttals during the mayoral debate, going after each other regarding a $95,000/year airport system intern and corruption.

Bill King's thoughts on the botched raid on Harding St.

"My idea of good policing to keep crime down is to have police officers in your neighborhood doing neighborhood policing, police that you know and you could talk to," said Houston mayoral candidate Sue Lovell when asked about crime.