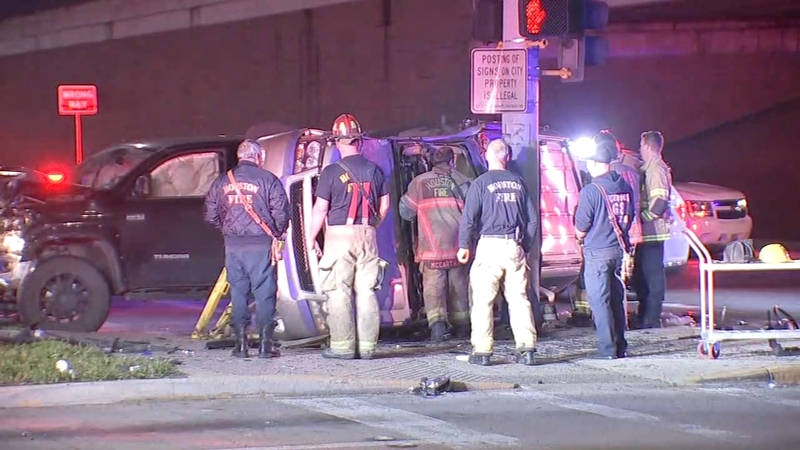 Mother and 2 children rescued after crash with suspected drunk driver

HOUSTON, Texas (KTRK) -- Strangers ran to rescue a mother and two children who were trapped in their vehicle after a crash with a suspected DWI driver.

The crash happened along the Southwest Freeway at Gessner around 10:40 p.m. Wednesday.

Houston police believe the driver responsible may have been intoxicated and was actually fleeing from a previous wreck.

Investigators believe the driver took off from the scene of another crash and then ran a red light at the intersection, causing the crash with the mom and her kids.

The mother and her two kids were inside a Chevy Tahoe when they were hit by the driver, who was in a Toyota truck, police said.

The Tahoe ended up flipped over on its side, trapping the mom and her kids.

Bystanders and Harris County Precinct 5 constable deputies jumped in to help rescue the children from the car.

As for the mom, she was trapped inside the car and had to be rescued by Houston firefighters.