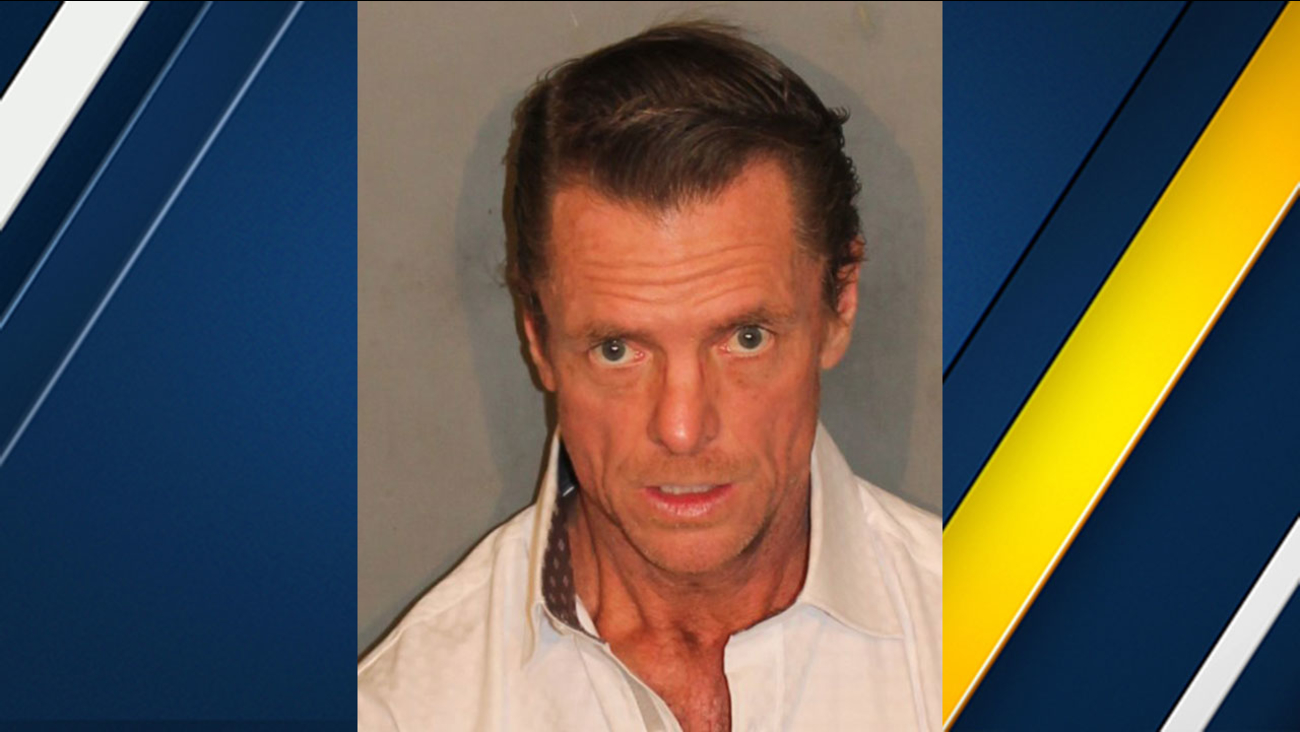 Derek Stacy Haskayne, 52, of Placentia, was arrested for a DUI after eight prior DUI convictions since 2011, police said. (Placentia Police Department)

PLACENTIA, CA -- A man in Placentia, California who crashed into a power pole was arrested Sunday for what police said was his ninth DUI since 2011.

Placentia police say they found Derek Stacy Haskayne, 52, of Placentia, at the scene of a collision between a vehicle and an electrical box.

Officers were called to the scene of a collision at 6:00p.m. approximately. They found a vehicle had crashed into a Southern California Edison electrical box and was on top of the box with live wires underneath.

After an investigation, officers arrested the driver, Haskayne, for driving under the influence.

Haskayne entered a not guilty plea on Tuesday and is expected back in court on Feb. 8.

Police say he had eight prior DUI convictions in Orange County since 2011, making the latest case a felony.

He was also charged with driving on a license that had been suspended for DUI, driving without a court-ordered ignition interlock device and violation of DUI probation.

They say he is currently on post-release community supervision for a prior felony DUI. He was booked into the Orange County Jail and was being held on no bail because of a probation hold.
Related topics:
californiaduiarrestdui crash
Copyright © 2022 KABC Television, LLC. All rights reserved.
TOP STORIES
Grid 'more reliable than before' to address summer demand, ERCOT says
Bonds set at $1M for mom, $250K for dad in 2-year-old boy's death
Missing woman found dead in car after 9-hour search in N. Harris Co.
Man claims self-defense in shooting death of woman, HPD says
Suspect missed 2 months of rent before alleged kidnapping, victim says
Wildfire smoke brings haze but rain could wash it away this weekend
New report ranks Houston neighbor as 2nd richest county in Texas
Show More
You can now order 3rd round of free at-home COVID-19 tests
Mexico trucker arrested in Laredo for carrying over $18M worth of meth
Man found fatally shot in abandoned car in N. Harris Co. parking lot
Can Rockets land NBA Draft's top pick? Lottery tonight to decide
Astros pitcher Jake Odorizzi stretchered off in Boston to get MRI
More TOP STORIES News