Driver changing tire killed when repeat DWI offender slams into him on 610: Officials 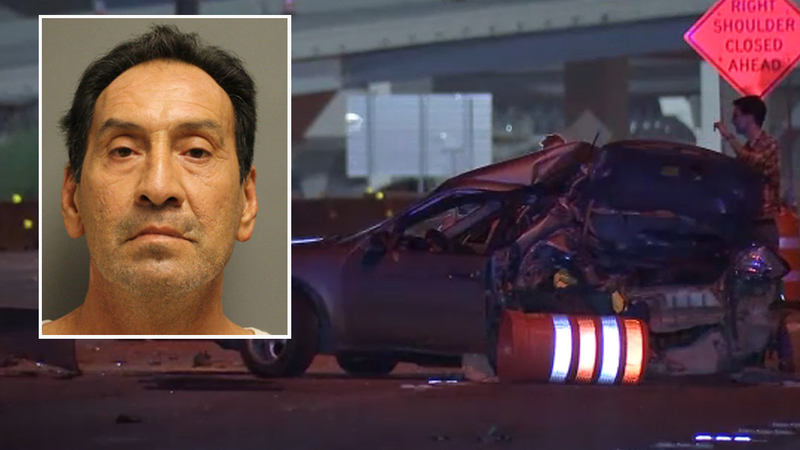 According to officials, the suspected drunk driver, identified as 60-year-old John Richard Vasquez, has at least three DWI convictions.

Vasquez is charged with murder.

The victim, 55, stopped on the shoulder of the South Loop just before Highway 288 around 7:20 p.m. to change a flat tire.

The district attorney's office says that's when Vasquez's pickup truck hit the back of the man's Ford Taurus, which then hit the man.

Both men were taken to Ben Taub Hospital, where the victim died.

Vasquez was evaluated at the hospital, where authorities determined he was intoxicated.

"This is yet another example of these people who we see on the roads, repeat offenders for DWI are ticking time bombs. Every single one of them is just one quick wrong turn or mistake away from taking one of our lives. It's unacceptable," said Sean Teare, Chief of the Vehicular Crimes Division for the district attorney's office.
Teare said they're asking for Vasquez to be held without bond.

Teare added that over the next few days, the district attorney's office plans to check into where he may have been drinking before the crash.