Giving or getting a drone for Christmas? Know the rules 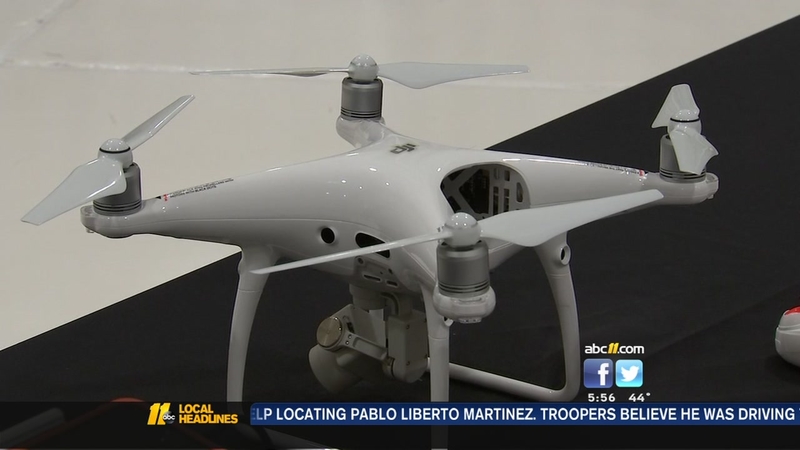 Don't get grounded: What to know before you fly a drone

CARY, NC -- The staff at Hanger 18 Hobbies offers quite the array of remote control planes, but it's the drones that are flying off the shelves.

"It's the ultimate selfie stick," owner Brian Powers told ABC11. "Of course, everyone wants to try it."

Drones - more formally known as Unmanned Aircraft Systems (UAS) - are gaining prominence for both recreational and commercial use. Beginners can use drones to race, take overhead pictures or just have fun. Experts can fly them for surveying agriculture, public safety and construction, among other industries.

"The larger camera platforms are more capable," Powers explained. "They can lock on to a person by the shape and follow that person around."

With more capability, however, comes more responsibility. The drone might own the room, but the Federal Aviation Administration (FAA) owns the skies. With drones being a very popular holiday gift, aviation officials held a news conference on Tuesday to promote drone safety and the laws regulating them.

"A drone is considered an aircraft and part of the aviation system," Basil Yap, UAS Project Manager for North Carolina's Division of Aviation, told ABC11.

"A good way to frame that is to ask the same question as how are small animals a danger to these large aircraft? The Miracle on the Hudson would illustrate that they certainly are a danger and we don't want to have the same accident we had there happen with a drone."


For commercial users, there are even more regulations, including:

Commercial operators must take and pass NCDOT's UAS Knowledge Test and then apply for a state permit.

To obtain a permit, operators must provide the state with proof of their remote pilot certificate or other authorization to conduct commercial UAS operations from the FAA.

Additionally, almost ALL drone users (drones weighing between 0.55 pounds and up to 55 pounds) must register their drones with the FAA. The website for that is https://registermyuas.faa.gov/