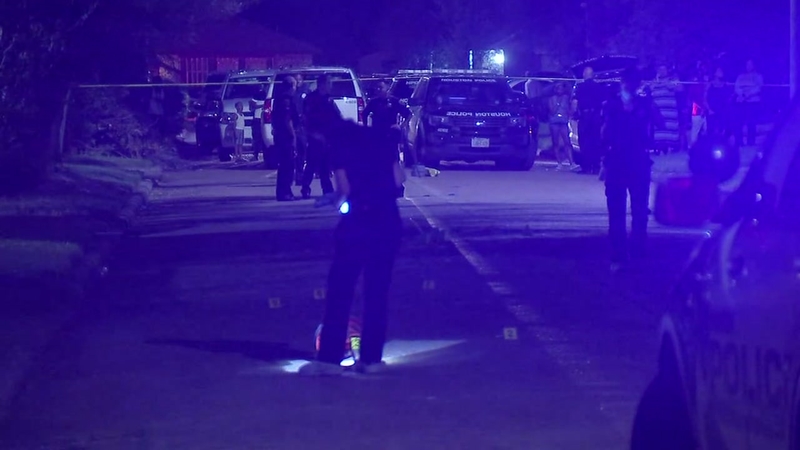 HOUSTON, Texas (KTRK) -- Police say three men in a silver truck are on the run after killing a man in southwest Houston.

Gunshots rang out just after 7:30 p.m. Friday in the 4700 block of Curly Oaks, near Hiram Clarke Road and W. Fuqua Street.

When officers arrived, a man was found dead from a gunshot wound. His name has not been released.

A witness we spoke to said he heard the gunshots, which not only scared him but startled his dogs.

The cries of a distraught family member could be heard as police interviewed witnesses.

A dozen evidence markers were seen on the ground as investigators combed the scene for clues that could lead them to the man's killers.

Police did not give us a license plate to the suspects' vehicle.

HPD: 3 suspects on the run after killing man in SW Houston