What color is this dress? Join the debate! NEW YORK -- What color is this dress? Tumblr user Swiked wants people's opinion on if the dress is white and gold or blue and black.

She wrote: "guys please help me - is this dress white and gold, or blue and black? Me and my friends can't agree and we are freaking the **** out."

The debate is fierce all over the internet and among people everywhere! ABC social media editor Micah Grimes reported that between 6:00 pm and 11:30 pm ET, more than 3,790,000 tweets including the phrase "black and blue" or "white and gold" were sent. That's nearly the same amount of attention on Twitter as the Oscars or the Super Bowl. 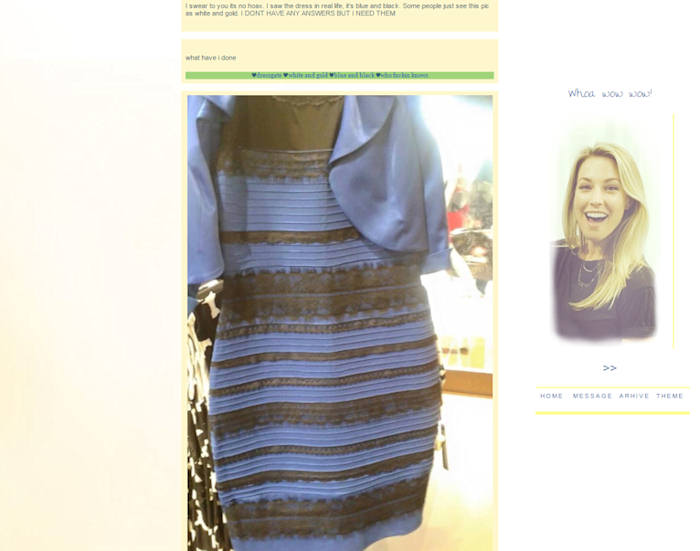 So how did this debate even get started? Business Insider dug into it and found the dress was intended to be worn by the mother of a bride at a wedding on the Scottish Isle of Colonsay.

"What happened was two of my close friends were actually getting married and the mother of the bride took a photo of the dress to send to her daughter," Caitlin McNeill told Business Insider. "When my friend showed the dress to her fiancee, they disagreed on the color."

They weren't the only one's who couldn't tell if it was white and gold or blue and black. The daughter posted it to Facebook where her family and friends all disagreed on the color. From there, it made its way to Tumblr and spread across social media, starting a debate that's divided the world in two.

Even celebrities are in disagreement, starting a worldwide hashtag debate of #whiteandgold vs #blueandblack.

I don't understand this odd dress debate and I feel like it's a trick somehow. I'm confused and scared. PS it's OBVIOUSLY BLUE AND BLACK

And for everyone asking I see blue and black

@mindykaling @bjnovak what's the matter with u guys, it's white and gold.

It's blue & brown. Period. Next? #whatcoloristhisdress

There are a few theories as to why the dress changes color.

1) It's all some kind of weird eye test by this guy:

Thank you all for taking part in my 'white and gold' 'black and blue' dress experiment. Read on for info. Thanks. pic.twitter.com/44Jb00FAno

3) Is it a Roman Originals Dress? 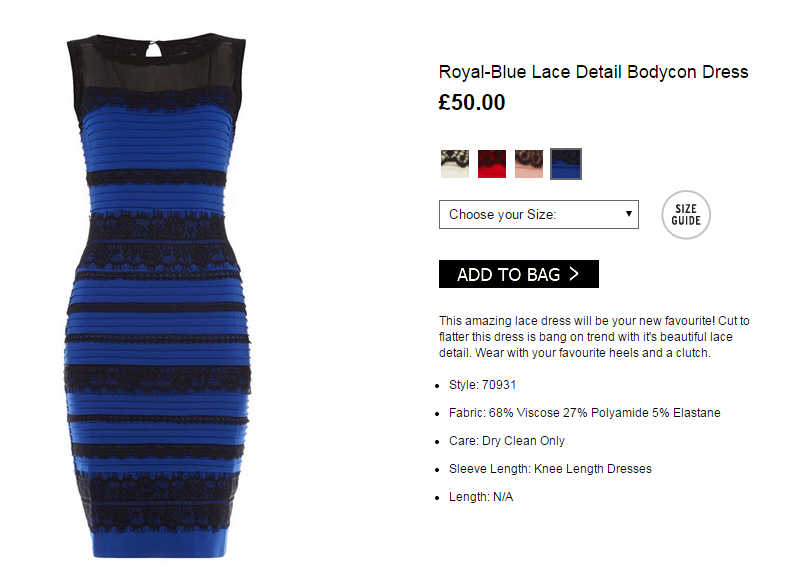 This is a Roman Originals Royal-Blue Lace Detail Bodycon Dress