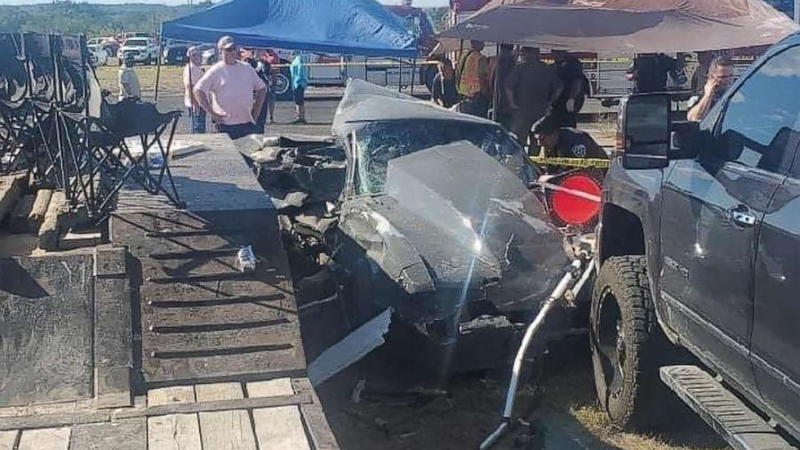 KERRVILLE, Texas -- Two children were killed and several other people were seriously injured after a drag racer lost control and plowed into spectators at an event in Texas.

The accident happened at about 3:20 p.m. local time Saturday when a car taking part in a race left the runway and hit multiple parked vehicles and people watching the event, the Kerrville Police Department said.

The 34-year-old man who was driving the drag racer is listed in stable condition at San Antonio Medical Center, police said.

Two other children -- a 3-month-old and a 4-year-old -- were taken to Peterson Regional Medical Center in Kerrville as a precaution. Two people were also treated at the scene, Kerrville police said.

"Kerrville Police are conducting an investigation into the accident. This investigation is in its early stages and we have no other information to release at this time," the department said in a statement.

The event, which was for amateur drivers, was put on by Flyin' Diesel Performance, an auto customization shop in Kerrville. The shop is located adjacent to the municipal airport.

"Yes, there has been an incident at Airport Race Wars," Ross Dunagan, owner of Flyin' Diesel Performance, said in a video posted to the store's Facebook page. "Medical personnel are doing everything they can. They are taking care of the entire scene. ... We ask that you please pray for everyone involved."