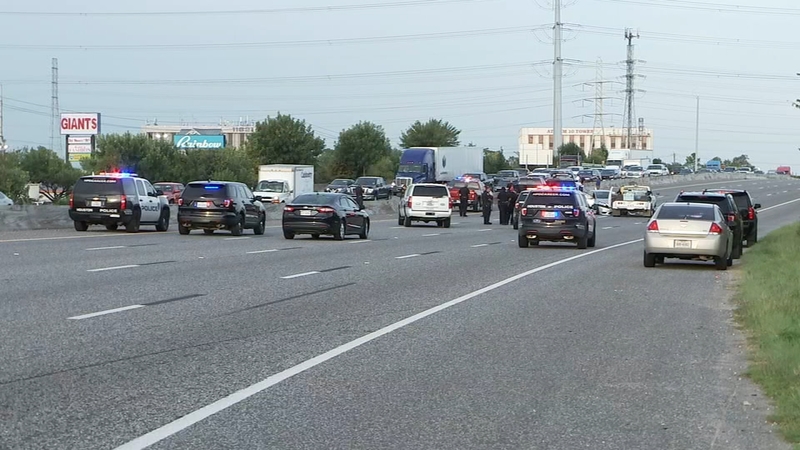 HOUSTON, Texas (KTRK) -- Police are still looking for the gunman who shot and killed two people on the East Fwy Thursday.

ATF said they assisted police with an arrest in the case Saturday night, but in a tweet posted by Houston Police, no arrests have been made.

Reports that a suspect has been arrested in the East Freeway shooting that occurred at 6 pm Thursday are incorrect. No arrest has been made and the investigation is on-going. Anyone with info is urged to call HPD Homicide at 713-308-3600 or @CrimeStopHOU at 713-222-TIPS. #hounews

Just before 6 p.m. Thursday, investigators said the shooter and another person inside his sedan struck another vehicle, causing it to spin out. Both suspects got out. One of them got people's attention.

Police say as the victims' car rolled towards the gunman, he fired multiple rounds. Both men inside were killed.

Authorities identified one of the two men killed as Bradley Barker.

According to police sources, a large trash bag with marijuana was in their car.

Another driver, who carries a pistol in his vehicle for personal protection, feared for his life, police say, and fired at the shooter. They do not know if he was hit.

The second victim has not been identified.