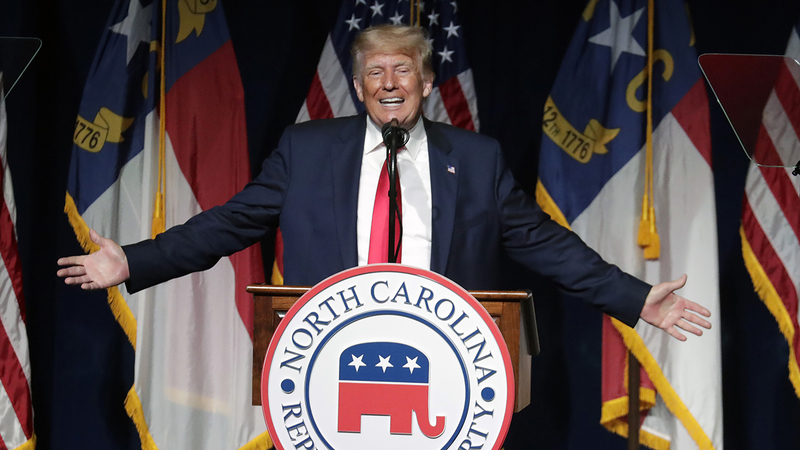 HOUSTON, Texas -- One of the most controversial figures in American political history is heading to Houston. Former President Donald Trump will visit the Toyota Center on Dec. 18 as part of a moderated discussion with TV host/author Bill O'Reilly.

Titled "The History Tour," this event runs Dec. 11-12 in Sunrise, Florida at the BB&T Center before heading to Houston on Dec. 18. Trump and O'Reilly then visit Dallas' American Airlines Center on Dec. 19, per a release.

What does the 45th notoriously opinionated president and former leader of the free world - who is currently banned from Facebook and Twitter - have to say about his chance to go off on the media, culture, and his own presidency, which ran from January 2017 to January 2021?

Not surprisingly, Trump takes a swipe at the media in describing the event in a press release:

These will be wonderful but hard-hitting sessions where we'll talk about the real problems happening in the U.S., those that the Fake News Media never mention. I will be focusing on greatness for our country, something seldom discussed in political dialogue. If we don't make our country great again, we will soon no longer have a country! I look forward to working with Bill, who right now has the No. 1 bestselling book, to openly discuss the real problems of our country, and how to solve them. Additionally, it will be fun, fun, fun, for everyone who attends!

To read the rest of this story, including ticket information, visit our partners at Houston Culturemap.