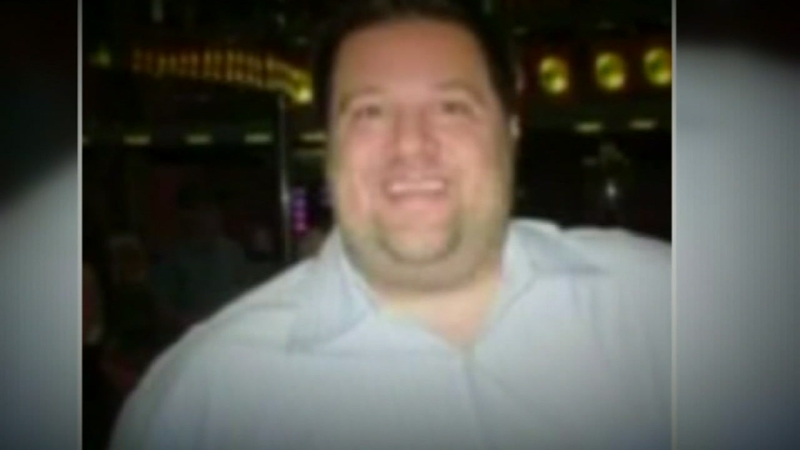 Eric Norris was charged with capital murder, aggravated robbery, and aggravated assault in the death of Donald Leonetti.

On Monday, Norris' trial finally began for the crime.

"It's just been so long, like over four years of just waiting and waiting and wanting justice. It was like this weight that lifted off of me. It was such a relief that it was just over," Donald's wife, Jenni Leonetti, said.

Jenni said it was hard to face the man convicted of killing her husband.

Donald, nicknamed "King of Shirts," was well-known for his t-shirt printing company. He was 45 years old when he was killed.

"Everyone would describe him as larger than life," Jenni said.

On July 17, 2014, two masked men with rifles forced their way into the private poker game inside a Stafford shopping center. Police say Norris was one of those men. He was 26 years old at the time. Investigators say Norris and his accomplice stole about $20,000 from the players and fired shots. One of those shots killed Donald. Another man was shot but survived.

Donald had just returned to the poker game and walked in on the robbery. Investigators say he tried to stop one of the gunmen.

"He woke up that day and put bullets in the gun, and he made that decision to go there and take things that did not belong to him, that he didn't earn, and not only did he take money and things like that, he also took so many precious things from us: my husband, my best friend, he took my kids' father away from them," Jenni said. "I shared with him that I want to forgive him and I know I need to forgive him, but I am not quite there yet, so i'm working on it."

Two weeks after Donald was murdered, Norris was arrested and charged. Since then, the case has dragged on in court.

Norris' trial was originally set for 2016. It was delayed while prosecutors appealed the judge's decision not to allow Norris' full statement to police, that lasted 6.5 hours, to be admitted as evidence.

Also in 2016, Norris turned down a plea deal from prosecutors. The deal would have meant Norris plead guilty to the lesser charge of first-degree murder. He would have been sentenced to prison for life but could have become eligible for parole after 30 years.

This week during the trial, Norris pleaded guilty to a reduced charge of murder and both aggravated crimes. The plea carries three life sentences, which will run concurrently.

Similar to the initial plea deal from prosecutors two years ago, Norris will be eligible for parole after 30 years.