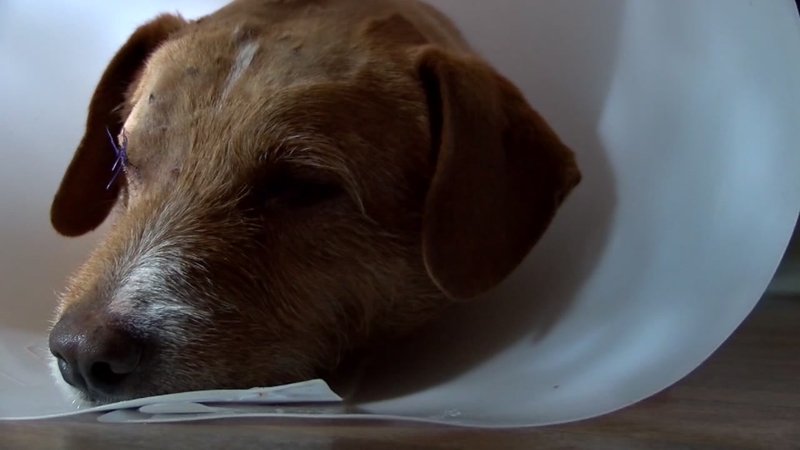 The two live in a tight knit community where Brownie is usually free to run around outside and find her way back home. However, one day Brownie didn't come back.

A neighbor then found her about a quarter of a mile away in a ditch, covered in snow.

When Pritchard was reunited with her dog, she was first relieved, and then reality hit.

Pritchard took her to the vet where they discovered that Brownie was shot in the eyes.

The vet went on to inform the family that Brownie had been tied down and shot at close range with a BB gun, over 100 times.

Pritchard says when she used to call Brownie's name she would wag her tail and run over in excitement.

But now she doesn't respond.