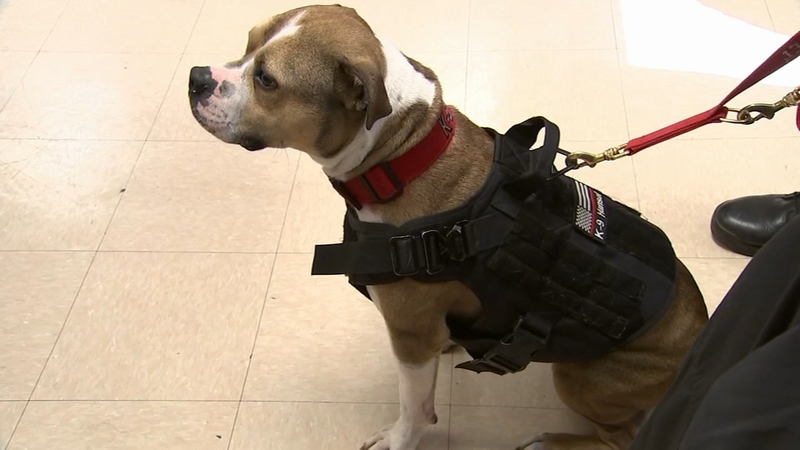 Hansel is a rescued pit bull that became the first of his breed on Friday to take on the role of an arson-detection K9 officer in the Garden State.

"When I put on his harness and I tell him, 'Do you want to go to work?' he literally does laps in his crate," says Millville firefighter Tyler Van Leer.

On Friday, Hansel graduated and officially became a team at the Millville Fire Department.

Hansel was rescued from a dog-fighting ring in Canada when he was just 7 weeks old.

He eventually made his way to the Throw Away Dogs Project - a group that takes rescued dogs and turns them into working dogs.

That agency says they spotted qualities in him that reminded them of K-9 officers.

The duo has been training for 15 weeks.

"Hansel has been through hell and back and this absolutely is needed to find his niche, his person, and Fireman Van Leer is that person and his job, now he's going to have a purpose," says Carol Skaziak, the founder of Throw Away Dogs.