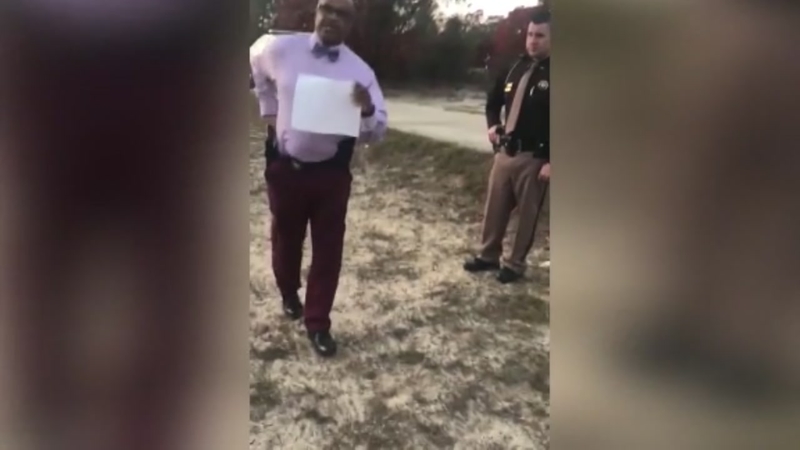 WARNING: The video may be disturbing to some viewers.

41NBC News reports that a Crawford County deputy was called to a scene after a woman was bitten by a dog.

When the deputy arrived, the same dog reportedly approached him and the deputy shot and killed the dog. The dog's owner, Joe Goodwin, says an investigator with the deputy demanded that he cut off his dog's head as a means of checking for rabies.

Crawford County Sheriff Lewis Walker said, "You know sometimes you go to a call, and it could go from one situation to another. But this is not a call we go out to try and put down anyone's animal."

Video shows what appears to be the deputy putting the dog's head in a bag.

The sheriff's office is reviewing the video. The deputy and the investigator have not been disciplined or suspended.