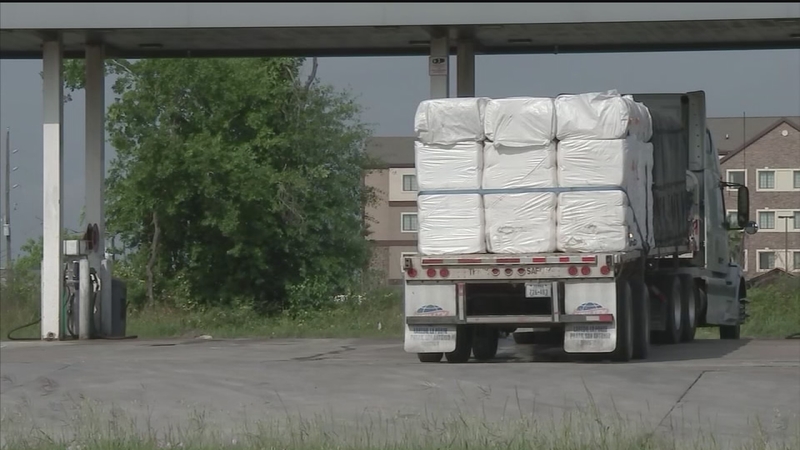 HOUSTON (KTRK) -- Customers of a local fuel stop say their vehicles suffered major damage after filling up. Even though they put in a claim with the company, they say they're being left with the repair bill themselves.

After drivers filled their tanks with diesel back in March, they didn't make it too far on the road before discovering something was very wrong.

Kenneth Clemens is on the clock, earning an income every time he gets behind the wheel.

"It's my lifeline. I can't have something like water destroy my engine," said Clemens.

But that's exactly what happened according to Clemens. On March 10, he filled up at this fuel station located at 1950 North Sam Houston Parkway, which is owned by Gulshan Industries. Soon after driving away...

"The computer registered water in the diesel," said Clemens.

Clemens says he was able to shut the truck down, assess the situation, and get to his dealership's service center for diagnosis.

"As soon as they took a sample, they showed excessive water in the diesel," said Clemens.

In order to get his truck back on the road, repairs had to be made. Tack on lost wages for being out of work, Clemens says he's out nearly 4$,500.

Kevin Shepherd also purchased diesel from the same station on the same day. After filling up and driving away...

"He told me I had bad fuel," said Shepherd.

Nearly $6,800 is the estimate to fix Shepherd's truck. He has not be able to pay for those repairs, and has been out of work since March 10.

"Being that I was making $1,250 a week, I'm not making anything right now. I'm trying to get my truck fixed so I can get back in the work force," said Shepherd.

He says he was told by Gulshan Industries to send in his fuel receipt, along with the estimate on repairs.

"And I faxed that into him, they stopped answering the phone," said Shepherd.

Shepherd says that was weeks ago. He's been waiting ever since.

"I'd say it's pretty compelling circumstantial evidence if two people at the same time have the same problem with the same gas station," said David Tiede with the Center for Consumer Law at the University of Houston.

Tiede says if the company is being unresponsive, the consumers may have to take further action to recuperate for damages and lost wages.

"Despite the evidence that you presented to them that their product has damaged you vehicle and resulted in economic harm to you, your next step would be to file a claim in small claims court, or justice court," said Tiede.