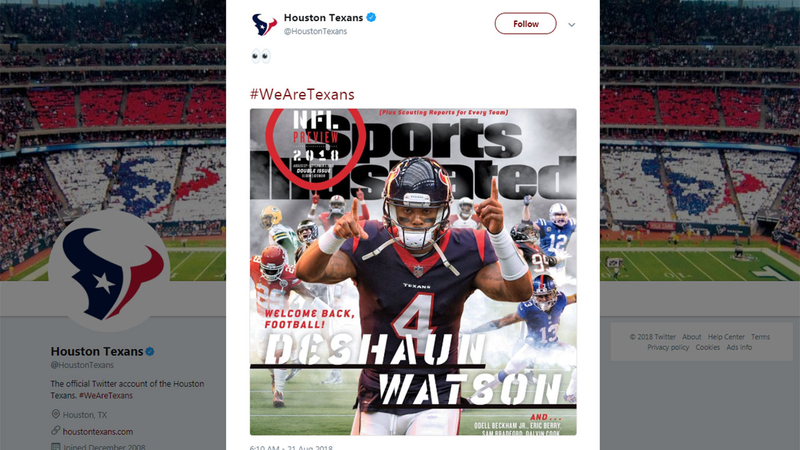 HOUSTON, Texas (KTRK) -- On the heels of a season-ending ACL injury, Deshaun Watson has an unfinished story to tell on the field.

The Houston Texans quarterback was stellar in the seven games that he played in his 2017 rookie season.

Thanks to his game-changing potential, Watson is gracing the cover of this week's NFL season preview issue of Sports Illustrated.

His cover story dives into the seemingly mundane moment on the field that led to the ACL tear that disrupted his season last year.

Incredibly, Watson is stated as saying his knee "felt totally normal" right before the diagnosis.

The cover story also recounts the night the Texans drafted him as their long-term quarterback.

As is customary with previous special issues of SI, Watson is one of four players recruited for the cover. The other players are the Eagles' Carson Wentz; the Colts' Andrew Luck; and the 49ers' Richard Sherman.