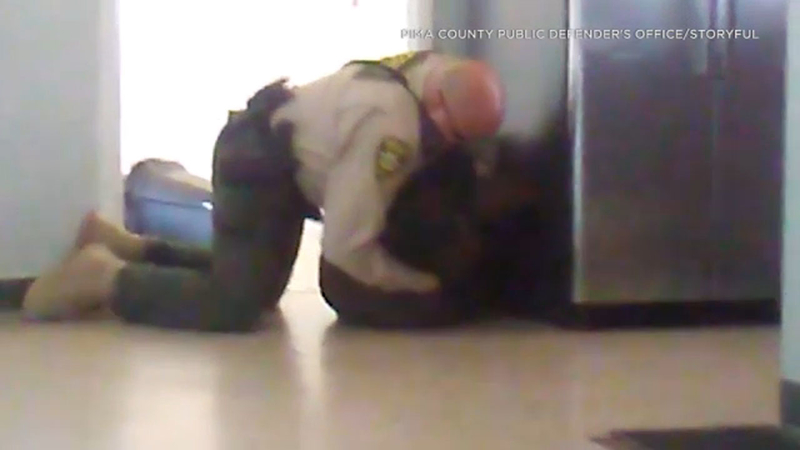 TUCSON, Arizona (KTRK) -- A sheriff's deputy is under investigation for an arrest of a 15-year-old boy with no arms and legs that was caught on video.

The disturbing video shows the quadruple amputee being pinned down by Deputy Manuel Van Santen, at a group home, where the teen had allegedly been causing a disturbance.

RELATED: Video shows Arizona deputy pinning 15-year-old amputee with no arms or legs to the ground

The video shows the boy, struggling to move and screaming as Van Santen pins hims to the ground while yelling at him to stop resisting. The teen was arrested, but the charges have now been dropped and the incident is under investigation.

According to a police report about the incident from the Pima County Sheriff's Department, it started when the teen learned he was suspended from school. It says he was enraged at the news and knocked over a trash can, then tried to get physical with a worker at the group home.

In a statement Monday, Sheriff Mark Napier called the video "shocking, disturbing and personally saddening to watch." He says the narrative in the written report does not exonerate Van Santen.

Van Santen is currently on administrative leave and under criminal investigation in connection with the incident, but he says the video doesn't show the whole story.

"There are events before and after the video clip that were critical to the use of force and the overall context of the arrest.," Van Santen said in a statement. "I was there to secure individuals who might be a threat to themselves, the staff and other residents."