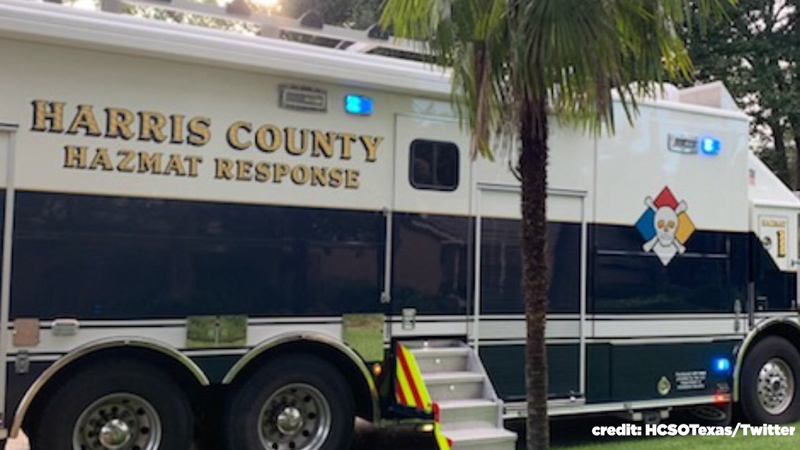 Deputies sent to hospital as a precaution after drug investigation

HOUSTON, Texas (KTRK) -- Two Harris County Sheriff's deputies were taken to the hospital after they came into contact with fumes of an unknown origin, authorities said.

It happened sometime around 6 p.m. Saturday in the 14200 block of Bonnie Brier in northwest Harris County, according to a Twitter post from the sheriff's office.

The two were originally called to the home to investigate a possible drug overdose, according to the post.

Hazmat crews responded to the home and determined there was no fentanyl present, according to a HSCO sergeant on the scene.

The deputies complained of nausea and were being tested at a hospital Saturday night.

A man at the home was also transported to a hospital after taking unknown narcotics and became distressed, according to deputies.

RELATED: 2 deputies possibly exposed to Fentanyl while cleaning up drugs at hotel in N. Harris Co.

Saturday's incident is at least the second of its kind in the past three months in Harris County.

In June, two female deputies were hospitalized after they were exposed to an unknown substance while cleaning up drugs in a north Harris County hotel room.

Two deputies have been taken to the hospital as a precaution after being exposed to unidentified fumes after being called to a home in the 14200 block of Bonnie Brier to investigate a possible drug overdose. #hounews pic.twitter.com/tomuDxI8Xh