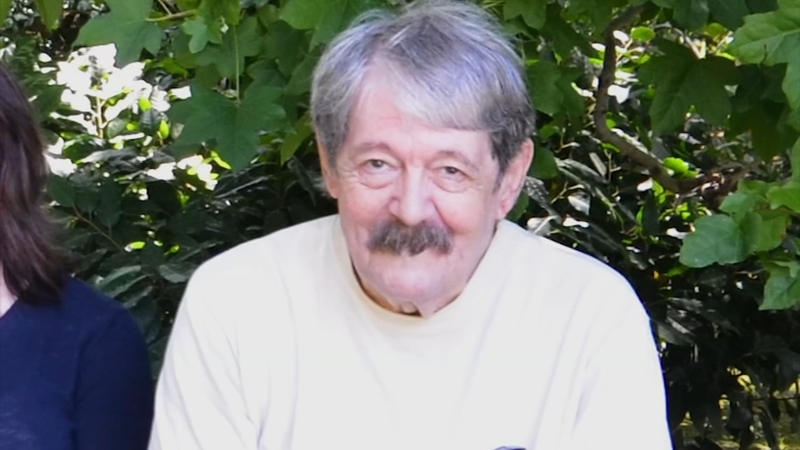 Family Turns to Ted after weeks of waiting for death certificate

HOUSTON, Texas (KTRK) -- When Alexandra Dunn and Tracy Schneck's mom died last August, the sisters had her cremated and planned on taking her ashes to her favorite vacation spot in Florida over the holidays.

Then their father, Bob Dunn, had a stroke days after Thanksgiving. The sisters thought he was getting better but on Jan. 1, he died at 80 years old.

"He was in the hospital for over a month and we did get great care when we were there," Schneck said. "The Saturday before he was going to be released, on New Year's Day, they called and said that I needed to come up, that he was being moved back to the acute side, so I went up and he passed away shortly after that, that evening."

The family, who was still devastated from the loss of their mom, planned on cremating him, too.

"After my mother had passed away, we had a conversation about what his wishes were so we knew that's what he wanted," Schneck said. "We thought that was being taken care of between the hospital and the funeral home."

In Texas, a person cannot be cremated unless the death certificate has been signed. Dunn's children said they kept waiting for the doctor to sign it, but days passed and then weeks.

His daughter told us the funeral home was trying hard to get answers from the hospital and doctor, and even gave them advice on who they should ask for whenever they called to inquire about it themselves.

"We're mourning my mother. Now we're mourning my father and now we're having to wait," she said. "It was a horrible feeling that we couldn't do what he wanted to be able to do. Once the funeral home called us and told us what was happening, because we thought that piece had been taken care of, we were very upset, almost angry (and) started calling the hospital, calling the doctor's office and trying to reach out to someone at the hospital that could help us."

Despite daily calls for an update, Schneck said they couldn't get a clear answer on when the death certificate would be signed or what was causing the delay. After 24 days of waiting, they Turned to Ted.

"We were just sad about all of it and not able to grieve him," she said. "In talking with my sister and really just being at a loss, she just kind of said, 'Hey, let's reach out. Let's see what Channel 13 can do, you know? They help people,' (and) as soon as we did that, it helped immensely."

We reached out to the hospital, HCA Clear Lake, who told us that day they would look into it and called the family that night. The next day, the family had the signed death certificate.

An HCA spokesperson told us it was an administrative glitch and that the physician involved is "an independent member of the HCA Houston Healthcare Clear Lake medical staff and is affiliated with a contracted hospitalist group."

The spokesperson told us the independent doctor who needed to sign off on the death certificate had recently left the state to practice somewhere else, but returned back to Texas, so he had two account numbers.
The funeral home sent the request to the old account, the spokesperson said.

After we reached out, the hospital said it discovered the issue with the dual account and made sure the request went to the right one and that the independent doctor signed it.

"The process for getting a death certificate signed can be complex and involves coordination between the hospital, the funeral home and the certifying physician," the spokesperson said. "Timeframes can fluctuate if there are additional factors. We know the loss of a family member is a difficult time and our goal is to make sure the correct physician signs the death certificate accurately and as quickly as possible."

Now, Schneck said she and her sister hope to make a trip this spring to their mom and dad's favorite spot at Sanibel Island in Florida to scatter their ashes.

"They were both amazing cooks," she said. "He absolutely loved his grandchildren. He was a great dad."

Have a tip for Ted Oberg? A problem to solve? Get in touch with us on our tip page, or send a tip below. (On mobile? You can open our form by tapping here.)
Related topics:
health & fitnesshoustonhoustonhospitalturn to tedhospitalsfuneral
Copyright © 2022 KTRK-TV. All Rights Reserved.
TURN TO TED
Galveston woman Turns to Ted after flood insurance issues
Widow Turns to Ted after delays with city worker's final paycheck
Internet, phone services restored after Houstonian Turns to Ted
Woman Turns to Ted after rent relief mistake nearly cost her eviction
TOP STORIES
Aggravated assault suspect shot and killed by Pasadena police
Chase suspect in stolen SUV crashes into innocent driver: Officials
HPD arrests man charged with robbing and kidnapping roommate
Here's how many inches of rain you could get over the next 7 days
Teen shot in gunbattle between 2 groups in west Harris County
Line for sold-out concert stretched across Houston's north side
Is Texas missing out? Oklahoma cashes in on booming marijuana market
Show More
Celebrate National Streaming Day with Hulu for $1/month for 3 months
Woman claimed self-defense in deadly Clear Lake marina shooting
Harris County DA demands Hidalgo stop 'daily public misstatements'
Galveston woman Turns to Ted after flood insurance issues
Funerals begin for victims of Buffalo supermarket shooting
More TOP STORIES News