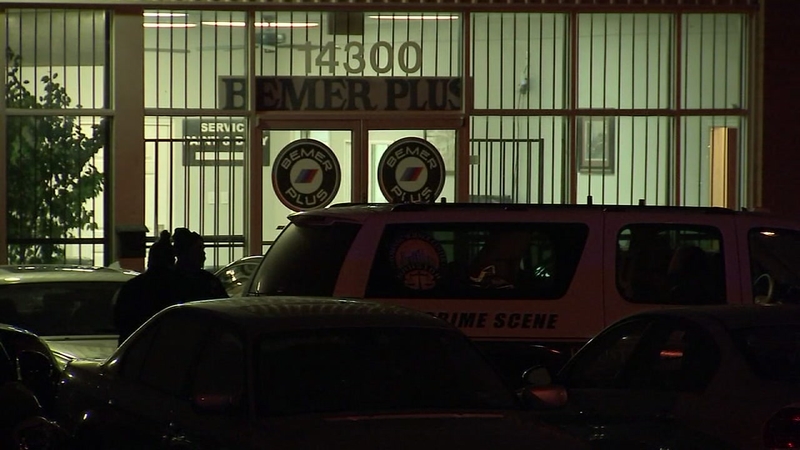 Former co-worker kills 2 at auto shop before killing self

Gunshots rang out at Bemer Plus Friday afternoon on South Post Oak at West Orem.

Investigators say a female office worker and a male mechanic were shot to death inside the business just before the gunman killed himself outside the building. They recovered three shell casings and don't yet know what set him off. The owner told police he had not worked there in some time.

"He was a former employee," said HPD Executive Assistant Chief Troy Finner. "I don't have much details and I don't want to speak prematurely. Pray for each victim and their families."

A former co-worker allegedly shot two people at a southwest Houston auto body shop, before turning the gun on himself.

Outside the business, family members of the victims and other employees gathered.

Michael Williams identified one victim as his cousin, Kendric Wade, a 20-year employee of Bemer Plus who was just hours away from being reunited with his wife to celebrate New Year's Eve. She was traveling from Jamaica.

"When she touches down and when she finds out, someone is going to have to grab her and put their arms around her," Williams said.

Names of the victims and the shooter have not been released by investigators.

Houston police says they are investigating after a deadly shooting in southwest Houston.