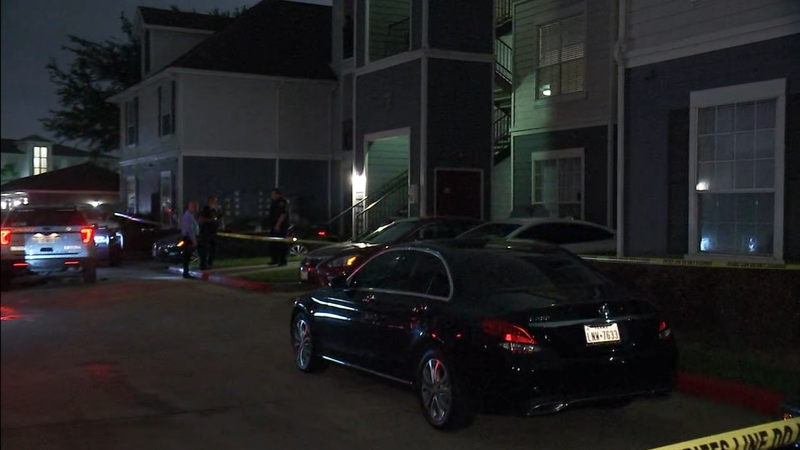 HOUSTON, Texas (KTRK) -- Harris County deputies are investigating the shooting death of a woman in a domestic violence situation at a north Houston apartment complex.

According to the Harris County Sheriff's Office, a neighbor found the woman unresponsive on the floor of her apartment at 17111 Hafer Road late Tuesday evening.

The neighbor called 911 and deputies and EMS responded to the scene.

To our community members near North Fwy & 1960: @HCSOTexas units are investigating a shooting at an apartment complex located at 17111 Hafer Rd. Preliminary info: an adult female suffered gunshot wounds and has been pronounced deceased at the scene. Investigators are en route to pic.twitter.com/AEpkhKHw0y

EMS pronounced the woman dead upon arrival. The woman appeared to have sustained multiple gunshot wounds, according to deputies.

According to the sheriff's office, an early investigation revealed the woman's death was likely a domestic violence related incident.

Investigators are still working to identify the suspect.

Anyone with information is asked to call the HCSO Homicide Unit or Crime Stoppers.

This is the second major crime scene in the area in two nights.

Monday night, a man was shot and killed and a 4-year-old girl injured in a shooting at a separate apartment complex on Cypress Station Drive, just over a mile away.